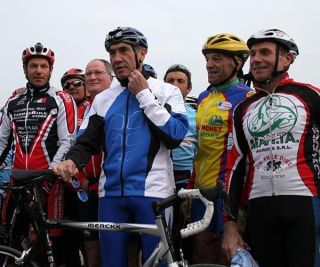 Five-time Tour de France winner Eddy Merckx was released from hospital on Friday, several days after he was rushed into intensive care following a crash whilst out riding.

Merckx fell while riding with friends last Sunday and was immediately transferred to a hospital in Dendermonde, near Gent, with reports circulating that he had suffered a ‘serious head injury’.

Merckx left intensive care four days later but remained hospitalised for several days in order to undergo a series of medical tests. Sudpresse reported that Merckx suffered a hemorrhage and was kept in intensive care overnight. On Monday afternoon he was given the green light to leave and was transferred to a regular ward.

On Friday, Sporza reported that Merckx had been given permission to leave the hospital with the 74-year-old now resting at home.

"He is happy that he can go home," Claudine Merckx, his wife, told Het Nieuwsblad.

"Ultimately, it is still better at home than in a hospital, no matter how well he’s looked after."