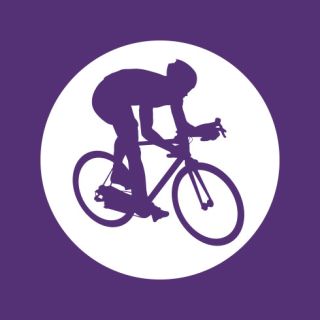 Since its inception in 1995, Cyclingnews has grown to become the world leader on the internet for the sport of cycling.

Laura Weislo has been with Cyclingnews since 2006 after making a switch from a career in science. She has a master's degree in Genetics and a BS in Biology but left science after getting bitten by the cycling bug. As Deputy Editor, she coordinates coverage for North American events and global news.

Kirsten Frattini is an honours graduate of Kinesiology and Health Science from York University in Toronto, Canada. She has been involved in bike racing from the grassroots level to professional cycling's WorldTour. She has worked in both print and digital publishing, and started with Cyclingnews as a North American Correspondent in 2006.

Moving into a Production Editor's role in 2014, she produces and publishes international race coverage for all cycling disciplines, edits news and writes features. Currently the Women's Editor at Cyclingnews, Kirsten coordinates global coverage of races, news, features and podcasts about women's professional cycling.

Growing up in Missoula, Montana, Pat competed in his first bike race in 1985 at Flathead Lake. He studied English and journalism at the University of Oregon and has covered North American cycling extensively since 2009, as well as racing and teams in Europe and South America. Pat currently lives in the US outside of Portland, Oregon, with his imaginary dog Rusty.

Following a stint in television, working as an assistant producer for financial-news channel CNBC in Copenhagen, Denmark, long-time rider, low-level racer and big-time cycling fan Ellis Bacon was finally able to make his hobby his job when he moved back home to the UK to join Procycling magazine as its deputy editor in 2003.

Since then, he's covered every race worth covering and pretty much travelled to everywhere worth visiting while reporting on the sport and interviewing its main protagonists, and has now swapped trekking around Europe following the likes of the Tour de France for even sunnier climes and races such as the Tour Down Under as Cyclingnews' production editor in Australia.

As Features Editor, Patrick is responsible for Cyclingnews' long-form and in-depth output. Patrick joined Cyclingnews in 2015 as a staff writer after a work experience stint that included making tea and being sent to the Tour de Langkawi. Prior to that, he studied French and Spanish at university and went on to train as a journalist. Rides his bike to work but more comfortable on a football pitch.

Daniel joined Cyclingnews as staff writer in August 2019 after working as a freelance journalist for seven years, including time spent working for Cyclingnews and sister magazine, Procycling.

Aaron is Cyclingnews' tech editor. Born and raised in South Africa he completed his BA honours at the University of Cape Town before embarking on a career in journalism. As the former gear editor of Bicycling magazine and content manager of the Cape Epic, he has 15 years experience writing about bikes and anything with wheels. A competitive racer and Stravaholic, he’s twice ridden the Cape Epic and completed the Haute Route Alps. When not riding, racing or testing bicycles in and around the UK's Surrey Hills where he now lives, he's writing about them for Cyclingnews.

Originally from Bude but now based out of Exeter, Josh is the former eCommerce manager of the Bike Shed in Devon. After racing cross-country with friends as a youth, he soon turned to road cycling. Josh enjoys a good long road race, although he's much more at home in a local criterium. He dabbles in fair-weather cyclocross and will happily slog out a century if you reward him with cake.

Graham has mountain biking at his core. He can mostly be found bikepacking around Scotland or exploring the steep trails around the Tweed Valley. Not afraid of a challenge, Graham has gained a reputation for riding fixed gear bikes both too far and often in inappropriate places.