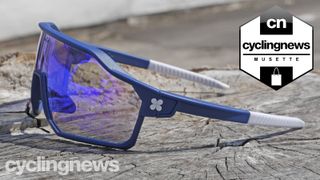 The Musette is Cyclingnews’ weekly curation of the world’s best cycling gear. Here, we’ll take a look at pro-level equipment, bikes and components, alongside some of the most desirable clothing and newest accessories in the world of cycling.

It's been a bit of an action-packed week at Cyclingnews keeping up with the number of new bikes being announced recently. Orbea kicked things off with the release of their new Orca 2021 range and followed up three days later with a new Avant budget endurance bike. But it was Specialized that stole the show, releasing it's new Tarmac SL7, simultaneously redefining the lightweight road bike category whilst killing its Venge aero bike range. Merida launched the fourth iteration of its Reacto aero road bike which impressed Aaron who shared his first impressions.

There was the news that Pirelli has gone tubeless with its new P Zero Race tyre and Elite upgrades its turbo trainer range with new Direto XR. Colin Levitch brought us a comprehensive guide on Shimano's clothing range. Then last but not least, Josh Ross has been putting Bontrager's Aeolus Elite 50mm TLR tubeless wheelset to the test to see if there is a performance sacrifice with this full carbon budget wheelset.

We also published an array of expertly curated buyer's guides to help you make an informed decision when it comes to your next cycling purchase. So if you're looking for a new bike and steel is real or aero is everything, make sure you scroll through the following guides:

Now, let's get into what's new at Cyclingnews:

Aiming squarely at the title of best cycling sunglasses, SunGod has entered the fray with two dedicated-to-cycling offerings, Velans and Vulcans, much to the delight of individuals who enjoy a bit of custom creativity.

What I mean by that, is rather than offering x number of colourways from which we must choose, SunGod's website takes buyers through a full design-your-own process with thousands of potential final outcomes. Of course, nobody will manage to improve upon the above design, but if you wish to have a go, you can do so here at SunGod.

I've opted for the IRIS photochromic lens here, which are designed more for traditionally-British poor-weather conditions rather than the bright sunshine we're privy to at the moment, but in the short test ride I've had so far, vision clarity is superb.

The initial impressions of the Velans are that they have an altogether different feel to the likes of Oakley or 100%. While the polymer feels a little less premium at first touch, it's reassuringly flexible and seems to take heavy-handedness in its stride, unlike the fragility of the competition. They're really not cheap - see below for details - but in addition to their indestructible feel, they also come with a lifetime warranty.

As ever, there's a full review in the works, so check back for that when I've formed a longer-term opinion.

View the Velan sunglasses at SunGod

Up next is a rather summery addition to this week's Musette, this hyper-breathable jersey from Sportful. The Bodyfit Pro Evo jersey is exactly the same as that worn by Bora Hansgrohe riders such as Peter Sagan, Pascal Ackermann and co on those toasty hot race days (well, unless they choose a skinsuit, but you get the point).

As you'll see, this white jersey does little to hide one's modesty - points for anyone who can guess which bib shorts I'm wearing - but I can confirm darker colours are more conservative in this regard. However, even with the major over-transparency, in my humble opinion, the design of the BodyFit Pro Evo jersey is the best available on the market at the moment.

If I had one complaint, it would be that the jersey doesn't feature a cam lock zipper, but on early impressions, this is a jersey I'll wear at any given opportunity. Sadly, being based in the UK, I don't expect that'll be all too often!

View the jersey at Sportful

The final piece of cycling tech added to this week's Musette is this UAE Team Emirates edition of the well-revered Met Trenta 3K Carbon helmet.

The Trenta 3K features in our guide to the best road bike helmets and was rated at 4/5 stars by Graham in his recent Met Trenta 3K Carbon review, but after our friends over at Procycling magazine offered up the chance to use this UAE Team Emirates edition, I couldn't refuse.

Being the same helmet as used by Tadej Pogačar and Alexander Kristoff, sadly it hasn't given me superhuman watts a la Like Mike, but I do think it looks great and it cradles my head with a super-secure, comfortable feel.

Foregoing MIPS as a technology, the Trenta 3K uses a carbon exoskeleton to improve impact resistance, in turn, MET shaved 20 per cent of weight from the EPS foam without affecting safety performance. The result is a lightweight helmet that sits in the position of an aero all-rounder.

As WorldTour racing kicks off again this weekend, you can tune into Strade Bianche to see how the Trenta gets on in its first race back atop the heads of Pogačar, Davide Formolo, Sergio Henao and more.