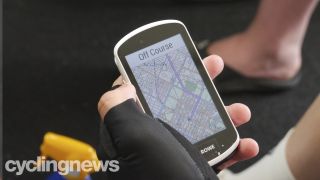 "Professional cycling has become a game of numbers, with riders paying such close attention to their power numbers and heart rates that they become obsessed."

Those are the words of Vini Zabù-KTM manager Luca Scinto, who banned his team from racing with power meters and heart rate data in January of this year.

Power meters have long been a source of contention in the WorldTour peloton. The conversation has rumbled on in the background of professional racing for many years and has involved names such as Alberto Contador, who suggested the removal of the technology would "even things out" after the Team Sky train tactic was everpresent in the high mountains. Current Tour de France director, Christian Prudhomme, who went so far as to state that power meters "annihilate the glorious uncertainty of sport."

All that aside, power meters are still very much a part of the pro peloton, and yet, the 2019 Tour de France was widely considered as one of the most exciting of all time. The 2020 Tour has seen the return of the 'train' tactic, with Ineos Grenadiers being beaten at their own game by Jumbo Visma, but the race is still as explosive as ever, and power meters are benefitting more than just the riders on the road. Thanks to riders sharing their data on Strava, we can marvel at the massive numbers just like we did with Pogacar's power on the Peyresourde.

Over recent years, power meters have improved drastically. Paired with cycling computers, power data is available instantaneously, allowing riders to see their effort in real-time and calculate their race accordingly to ensure they don't go too deep too early.

Cycling computers can do considerably more than just capture this data, too. The best options can do everything from GPS maps to show the road ahead on a fast descent, provide overviews of upcoming climbs to help riders see how much further to the top, and display kilojoules expended to help a rider fuel accordingly. They say knowledge is power, and it's a safe assumption that there would be a considerable advantage to a team with a better cycling computer.

We've already done the Tour de France helmets and Tour de France shoes, so without further ado, let's take a deep dive into which team is using which power meter, who has which cycling computer, and most importantly, where can you buy one so that you too can be as fast as Primoz Roglic… wait, no that's not how it works, sorry.

Garmin is well and truly on its way to a monopoly of the Tour de France peloton, with more than half of the race using Garmin computers for data collection. The range includes a number of models of different sizes, weights and feature lists. Some riders prefer the large screen of the Edge 1030 Plus, while riders such as George Bennett prefer the low weight offered by the minuscule 130. Between these, most riders have opted for the feature-rich, smaller-profile Edge 530 and touch screen 830.

The challenger to the market leader in the cycling computer world is Wahoo, and in terms of Tour de France representation, it can be found on the bikes of four teams, however, you'll also find its turbo trainers outside the Ineos Grenadiers' bus. Teams have a choice of two computers, the newer Elemnt Roam, and the smaller-form-factor Elemnt Bolt.

A nifty advantage to Wahoo teams is that the Elemnt computers can be screwed into the mount, which officially makes it a permanent fixture, and thus, counts within the 6.8kg weight limit.

Way back in January, both of Cofidis' Nathan Haas and Lotto-Soudal's Adam Hansen gave us a sneak peek into the pro peloton's data screens. Both use SRM computers, and both spoke about the benefit of using the kilojoule feature to ensure they know how hard the day has been so they could fuel accordingly.

The SRM might be the authority in the power measurement game, but its PC8 computer foregoes mapping, so riders might well be at a disadvantage when it comes to descending in unfamiliar territory.

We also got a similar look at Alex Dowsett's Bryton computer, who spoke about the benefit of map screens, enabling him a bird's eye view of corners, so he knows whether to scrub off speed or send it.

Stages only has its technology aboard one team's bikes in the Tour de France, but it's chosen well, with the Colnago bikes of UAE Team Emirates. They have the choice of the Dash L50 and the slightly smaller Dash M50.

When it comes to descending, few have impressed more at this year's Tour than Team Sunweb's Marc Hirschi. The large screen and clear of the Sigma Rox 12.0 will have likely assisted him along the way.

Just like its domination in the groupset stakes (used by 14 out of the 19 WorldTour teams), Shimano also dominates the power meter representation on WorldTour bikes, and at the Tour de France, 13 of the 22 teams are using Shimano's R9100-P power meter crankset, which measures left and right leg power independently for even more granular data.

For more information, here are all of the Shimano road groupsets explained.

Along with the SRM PC8 computers, the same two teams use the SRM power meters paired with Campagnolo groupsets. SRM invented the cycling power meter in the late '80s, and has long been considered the authority on the subject. The SRM power meter used by these two teams claims an accuracy of within one per cent.

A subsidiary of groupset giant SRAM, Quarq offers power measurement built into the SRAM Red crankset used by both teams. The strange thing about these power meters is that they're fixed to the crank's chainrings, so when you eventually wear those out, you'll need to buy a new power meter. Not a concern to these guys who are, coincidentally, using chainrings that are actually unavailable to the public.

Paired with their Stages Dash computers, UAE Team Emirates are also using Stages power meters, which essentially integrate the strain gauge into a matching crank for your groupset of choice… in this case, Campagnolo's Super Record.

Despite using Shimano's groupset, AG2R La Mondiale use cranks from Rotor, and with it, the same company's '2in1Power' power meter.

Power2Max, a German company that specialises in power meters, offers spider based power meters that are compatible with a range of cranks. In this case, they're paired with FSA cranks and used with Shimano's Dura-Ace groupset.

4iiii promises "WorldTour quality at industry leading prices", and it operates in a similar way to Stages in that its technology is affixed to cranks from groupset manufacturers. In this instance, it's the Dura-Ace crank, fitted with the Precision Pro power meter.