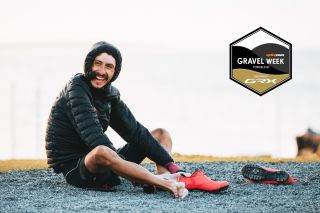 Lachlan Morton is a WorldTour professional but has become one of the best-known off-road riders thanks to his spearheading of EF Pro Cycling's 'Alternative' race programme, which has seen him race Dirty Kanza, GB Duro, and the Three Peaks.

Last year, Procycling spoke to Morton for the 'Experience' section of the magazine, and the Australian recounted how he lost his way in the sport before rediscovering and reinventing his passion for cycling. After hitting "rock bottom", Morton saw there was more to cycling than winning, and has since carved out a niche combining high-performance with pure adventure.

I look back to 2013 when I joined the WorldTour, and as a person I was very imbalanced. I was young, I had one thing that I thought mattered in my life – bike racing – and when I subsequently realised that it wasn’t the only thing that mattered, all of a sudden I was, like, ‘It’s not worth it.’

Stepping out of the WorldTour when I did in 2014 wasn’t even a choice. I felt as though I had to do it, else I wouldn’t last as a person. I’d hit rock bottom, I think, and although I can look back at that time now and say that there are a lot of things I could have done differently, maybe if I had, I’d never have had that realisation.

Future Gravel: Where does cycling's hottest trend go from here?

Should I buy a gravel bike? The pros and cons

Top 10 gravel races in the USA

I think it was an experience I had to go through. And a lot of positive things have come out of it. But for me to realise that I had to be ready to walk away... I decided that I’d go to Jelly Belly for one year, and if after that year I still felt the same way, then I was ready to go and do something else. But the process made me realise how great cycling is, and how much more there is to the sport than winning. And now – four years down the road – there are other people who are also seeing that maybe we’ve been missing something.

I heard about Rapha’s ideas midway through last year. I’d had a relationship with them through the Thereabouts films I’d done. So then, when it all started to come to life, I realised that it was a really unique opportunity to tie both passions I have in cycling – the adventure stuff and the elite-level stuff – together.

To be able to put both of those passions together, and to not have to juggle them, is really exciting. Once Rapha’s relationship with EF-Education First formed, and I learned more about EF’s vision as a company for bike riding, it got even better.

I think the reasons most of us got into cycling had been pushed out a little. With the big focus on performance that’s come into cycling in the past five or 10 years, it’s exciting to be involved with a sponsor that sees value in the sport beyond their name on the jersey with your hands in the air.

I think there’s a bigger and bigger difference between what WorldTour cycling is and what a lot of recreational cyclists are actually doing. I don’t mind the performance side of cycling – I think it’s exciting to be involved with – but I think it’s important to have that connection with what the everyman’s doing with their bike riding. There are a lot of alternative events popping up – gravel-riding ones, in particular – that are gaining huge traction, and that’s kind of exciting.

I had a lot of fun at Dimension Data after returning to the WorldTour in 2017. Because I had a more balanced life outside of racing, I didn’t go down that same path I had before. But I did have a moment last year after we’d made the full move to Europe – my wife’s moved there with me – as I know how far you have to go down the rabbit hole to be at the top [of the sport]. You sort of have to find that place where you’re willing to go, and then accept the results of it, or what your position in the sport is.

As I was asking myself those questions, this opportunity with EF came up. And I’ve met new team-mates like Mike Woods, who’s performing at the absolute top, and he’s still a great dude, and Mitch Docker... They’re nice, well-rounded people who have a bunch of interests outside of the sport, but they’re still performing at a really high level.

You’ve got to try to find what it is you love about cycling. It doesn’t matter if that’s winning your local crit, or packing your bag and riding from Melbourne to Adelaide. It doesn’t matter, as long as it’s making you happy.

Ready to explore beyond? Find inspiration for your next escape and experience the thrill of gravel biking against a backdrop of unspoilt scenery at gravel.shimano.com/en/explore