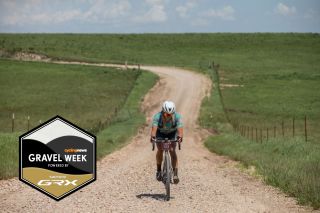 It's Gravel Week on Cyclingnews, so what better time to take a look at the races that have inspired the boom in gravel racing in recent years?

With races across the USA the primary driving force behind the explosion in the discipline's popularity, we took a look around the country for the best gravel races running there today.

Some names, such as Dirty Kanza, will be familiar to all - even non-gravel connoisseurs - while other rides will be less well-known. Here, we take you through – in no order – the top 10 gravel races around the USA.

With 3,800 riders, $34,000 in prize money, four varied courses and 80 per cent of off-road riding, Barry-Roubaix, held in south-central Michigan, lays claim to its title as the biggest gravel race on the calendar.

Should I buy a gravel bike? The pros and cons

As well as the expected gravel sections, tests include two track, pavement, rocks, sand and mud, with the 161km 'Psycho Killer' route combining the lot with 2,073 metres of elevation to boot.

This year marks the 12th edition of Barry-Roubaix, postponed from its usual April date to October 10 due to the COVID-19 pandemic. Riders should face slightly better weather as a result of the switch, thus avoiding the snow and ice which has hit in the past.

While Barry-Roubaix might be the biggest, Dirty Kanza and its premier 200-mile (322km) race is the most well-known gravel event on the calendar. The Flint Hills of Kansas play host to the event, which starts and ends in Emporia.

Combining ultra endurance with gravel riding, the Dirty Kanza 200 is possibly the toughest ride on our list, with race winner Colin Strickland winning the 2019 edition in a shade under 10 hours.

Strickland was joined last year on the unsupported mammoth adventure by WorldTour road pros such as Peter Stetina, Lachlan Morton, Alex Howes, Kiel Reijnen and Taylor Phinney, one of the signs that gravel racing is only getting bigger.

Usually held in the sunshine of late May, this year's Dirty Kanza – billed as 'the World's Premier Gravel Grinder' by organisers – will take place in mid-September.

Like Barry-Roubaix, the Belgian Wafflle Ride was created with inspiration from Europe's age-old northern Classics. This year the race – which serves up Belgian waffles, frites and beers to competitors and viewers – has expanded from one to three locations.

Last year, Stetina triumphed in the May sunshine in So-Cal, though it remains to be seen who'll triumph in the triple-sized BWR, now set to run on August 30, October 17 and November 8.

Crusher in the Tushar

Set to hold its 10th edition in 2020 before its cancellation due to COVID-19, the Crusher in the Tushar has only grown as the years have gone by, coming under the same ownership as Dirty Kanza in recent years.

The race takes in 113km of ttough roads, with over 3,000 metres of climbing along the way as riders tackle the Tushar mountain range in the Fishlake Nationoal Forest located in the isolated and sparse south of the Beehive State.

Dave Zabriskie, Travis McCabe and Alex Howes were among the big names on the 2019 start list, and the next edition, set to come in June 2021, should only have more stars lining up in Beaver.

The premier gravel event in the north-western state of Idaho, Rebecca's Private Idaho offers something for everyone, from a 32km ride all the way up to a four-day, three-stage 315km marathon which includes gravel riding, uphilll time trialing and enduro-style racing

The race, set for Labor Day weekend in early September, is now in its eighth year in existence. Mountain bike hall of famer and seven-time world champion Rebecca Rusch is the event's host, with the race running out of her hometown, Ketchum.

As with many of these big gravel races, there's a festival as part of the weekend, too, while the event also raises money for a number of charities.

The August race, run out of Steamboat Springs in Colorado, will instead be run as a virtual edition this year with SBT VRTL set to run on August 16. Still, being such a success in a state known for its gravel riding, the real race will be back in 2021.

UnPAved of the Susquehanna River Valley

Set for an October date this year, UnPaved takes gravel adventurers through central Pennsylvania. There are four different courses, running out of Lewisburg, with the 193km ride the toughest challenge.

Ted King and Kelly Catale won the race in 2019, which packed four mountain passes and 2,896 metres of climbing into the day. Lewisburg Fall Festival features the day before the race, while Friday night is the 'Get un(G)ravelled' pub crawl.

The only entry in our list held in New England, the Vermont Overland is also the shortest. It may be just 70km in length, but the race features 1,737 metres of climbing and seven sectors of gravel roads.

Running out of the tiny ski resort of Pomfret, the Vermont Overland features locally-made prizes for podium finishers. Ted King has won the race in the past, while this year it's set to be held, as usual, in late August.

One of the precious few gravel races to run before COVID-19 shut down cycling races across the world, The Mid South was run in brutal conditions in mid-March. Mountain bikers Payson McElveen and Hannah Finchamp overcame the rain, thick red mud and 160km of rolling hills to triumph in rural Oklahoma.

Formerly known as The Land Run 100, the race changed name for 2020, with the 'land run' name linked to the forced removal and genocide of Native Americans by the US government in the 1800s.

The 2020 race just about snuck under the coronavirus wire, too, with Oklahoma declaring a state of emergency the day afterwards.

The last race on our list and another entry to hail from California, Grinduro is based in Mt Shasta in the north of the sunshine state. The race has expanded for 2020, adding events in Wales, Australia and Switzerland to the international races in Canada and Japan from 2019.

The US race remains the main event, though, with a 97km race which features 2590 metres of climbing part of two days of festivities. One thing that sets Grinduro apart from some of the other races here is that results are based on four timed segments out on course, rather than taking timings from the full ride.

Looking for professional advice on gravel and all other groupsets? Your local font of knowledge is your nearest Shimano dealer. Discover yours here: gravel.shimano.com/en/dealers