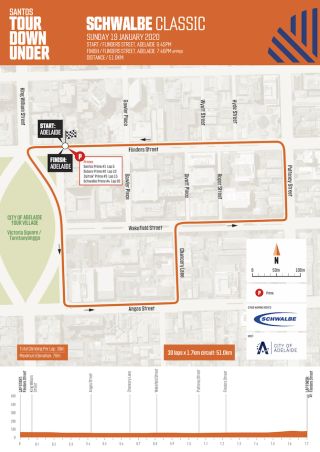 This is more than just a criterium because it's the first real roll-out for a lot of riders on new teams. For many of the Australians, they've already raced at the national championships, but for the rest of the peloton, a lot of riders will have arrived with new squads and new equipment. For everyone involved it's always good to have this little hit-out before the Tour Down Under starts a couple of days later.

This year it's a slightly different circuit with an extra corner thrown in, but it's just such a fast route that the break, which invariably forms, has very little chance of staying away. I tried last year as I was about to retire, but it didn't really happen because it's just so fast along those wide streets.

I was involved with a few wins there, with Team Sky and Mitchelton, and it's a great feeling to win and start the week with that momentum, so teams with sprinters will be treating this as a really competitive outing.