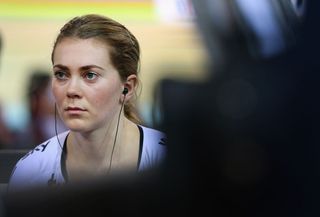 An appeal hearing in the employment case of former sprinter Jess Varnish is due to be held over the internet next week. Varnish, who was let go from the high-performance programme before the 2016 Olympic Games, failed in her first attempt to be judged an employee in a claim against British Cycling and UK Sport in 2019 but won the right to appeal last December.

If Varnish were to be declared an employee in the appeal, it would be a groundbreaking decision for UK athletes and would give Varnish the right to seek compensation for unfair dismissal and discrimination.

Varnish and team sprint partner Katy Marchant failed to qualify for the Olympic Games. Both were outspoken in their criticism of the British Cycling coaches for their qualification strategy, but only Varnish was let go for 'performance reasons'.

Varnish went on to accuse coach Shane Sutton of sexism and discrimination, and the subsequent investigation led to Sutton's resignation and the restructuring of athlete protections within British Cycling.

However, Varnish has been unable to seek compensation after a judge ruled that her funding was more like a grant than an employment agreement.

"We could easily have walked away after the original decision went against us, however, I believe we're doing the right thing by not giving up," Varnish said according to the Guardian in December.

"I want to give athletes an opportunity to hold to account employees of governing bodies, who they interact with on a daily basis, and have significant control over their careers and opportunities."

Varnish will not appear in the hearing and a decision could take from three to 10 weeks, according to the BBC.