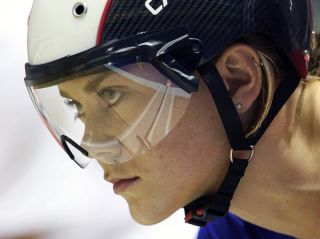 Former British Cycling sprinter Jess Varnish will head back to court in May after the Employment Appeals Tribunal ruled that she has a full right to appeal the body's decision against her in January.

Varnish, who was dropped from the high performance programme before the 2016 Olympic Games in Rio has been fighting to be declared an employee of British Cycling or UK Sport which would open doors for her to sue the federation for unfair dismissal.

After failing to qualify for the Olympics in the team sprint with partner Katy Marchant, Varnish was outspoken in her criticism of the British Cycling coaches for their qualification strategy. While both Varnish and Marchant were critical, only Varnish was let go, ostensibly for 'performance reasons'.

Varnish accused then-technical director Shane Sutton of sexism and discrimination, leading to first an internal investigation then an independent inquiry into the federation's culture. Sutton resigned from his position at the federation, but was later cleared of eight of nine allegations.

"We could easily have walked away after the original decision went against us, however, I believe we're doing the right thing by not giving up," Varnish said according to the Guardian.

"I want to give athletes an opportunity to hold to account employees of governing bodies, who they interact with on a daily basis, and have significant control over their careers and opportunities.

"I continue to think it's unfair that athletes still have no structured means to do this, and I hope this appeal will be the first step towards affecting change, and bring about a fairer, more modern high performance system in the UK where athlete welfare is not just a soundbite, but something that we all believe in."

Varnish and her lawyers argued that funded athletes should be classed as "employees" or "workers" rather than "self-employed."

The status of employee comes with protections from discrimination, a minimum wage, paid holidays, whistleblowing protection, maternity pay and a pension. Olympic sports, which are funded by Athlete Performance Awards which are considered grants rather than a salary.

If Varnish is successful in her case, it could have a ripple effect across Olympic sports.