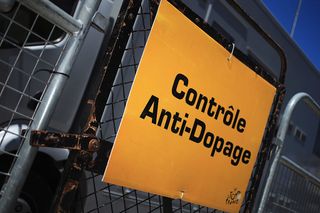 The UCI announced plans to shift the anti-doping efforts in cycling away from the Cycling Anti-Doping Foundation (CADF) to a new dedicated cycling unit of the Lausanne-based non-profit International Testing Agency (ITA) from January 1, 2021.

The UCI announced last October they would enter into discussions with the ITA for anti-doping in the wake of the Operation Aderlass blood doping scandal that hit professional cycling at the highest levels in 2019 with six riders banned after Austrian and German investigators uncovered a multi-sport doping ring allegedly masterminded by former Milram team doctor Mark Schmidt.

Stefan Denifl and Georg Preidler confessed to their involvement in the scheme and were banned for four years. Also sanctioned were Borut Bozic, Kristijan Koren, Kristijan Durasek, and retired pro Alessandro Petacchi as well as mountain biker Christina Kollmann-Forstner.

The CADF, which was founded in 2008 as the independent anti-doping body for cycling, vehemently objected to the partnership with ITA last October, saying the move would be a departure from that of many federations who have "recognised the importance of having dedicated independent bodies in place to protect the integrity of their respective sports for the management of issues including doping, match-fixing etc. They are following the CADF model already established for this purpose".

The UCI in announcing the shift to ITA said it had heard the views "on several occasions" of the CADF as well as representatives of teams, races and riders. The CADF will continue to serve the UCI in 2020 and "the totality of its immense expertise will be conserved within the ITA".

The agreement obliges the ITA to create a "dedicated cycling unit" and to offer all CADF employees the opportunity to join this unit. Any funding for anti-doping collected from cycling stakeholders must be exclusively allocated to the cycling unit, "with regular reports to the current Funding Committee – composed of representatives of the UCI, AIGCP, CPA and AIOCC – the role of which will be maintained", the UCI said.

UCI President David Lappartient said, "The UCI has been one of the leading Federations in the domain of anti-doping for a long time, and the collaboration with the ITA will enable us to be stronger than ever in this sector and to thus bolster our defence of clean riders and the credibility of our competitions and all of our sport’s stakeholders."

The UCI said the cooperation with ITA will allow "important synergies" in research, innovation, intelligence and investigations while sharing costs.

"The decision was taken in a context (the Aderlass affair for example) where it has become clear that doping is part of an environment that knows no barriers, neither between sports, nor between countries, and where, in parallel with testing, information (intelligence) has become the central element of any efficient anti-doping programme," the UCI press release stated.

By joining the ITA, the UCI, a pioneer in the domain, again demonstrates that it can take decisions necessary to be constantly at the forefront of the fight against doping."

The contract between the UCI and ITA will be up for ratification by the UCI Management Committee when it next meets in Lausanne in June.