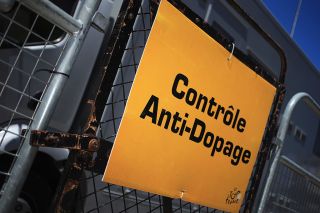 The Cycling Anti-Doping Foundation's relationship with the UCI has been under strain (Image credit: Getty Images Sport)

The Cycling Anti-Doping Foundation (CADF) has announced the appointment of a new director, with Olivier Banuls set to take over as head of the organisation on December 1.

Currently Deputy Director of the CADF, Banuls will replace Francesca Rossi, who leaves for the French Anti-Doping Agency (AFLD) at the start of 2020.

Banuls has held his current position at the organisation since 2015, first joining the UCI's Anti-Doping Services in 2007 and then rising up the ranks.

"We are delighted that Olivier has agreed to take on the role of Director at the CADF," said Rune Andersen, President of the CADF Foundation Board, in a statement issued by the organisation.

"He is well-respected in the field and has an unmatched knowledge of the anti-doping landscape in cycling. His appointment will result in a seamless transition from Francesca Rossi, who will remain with CADF as a special advisor until the end of the year."

The CADF, which was created in 2008, is an independent organisation which manages the anti-doping programme for the Union Cycliste Internationale (UCI). In 2013, it became fully independent from the UCI, having featured senior UCI members on the board up to that point. It's entirely funded by cycling stakeholders, including teams, the UCI, organisers and riders.

Its current responsibilities include - but are not limited to - implementing the UCI's doping control strategy, conducting in- and out-of-competition testing (over 15,000 controls in 2018), managing the Athlete Biological Passport (ABP) programme, and investigation and intelligence-gathering.

In announcing Banuls' appointment, the CADF stated that: "It will continue increasing its in-depth knowledge of cycling, will reinforce the testing programmes at the UCI ProSeries and UCI Women's WorldTour levels, and will focus on the pre-Olympic Games Tokyo 2020 testing program."

Banuls said: "We are recognised as one of the most credible, efficient and effective anti-doping organisations in the world, and as its director I will work to ensure the CADF remains at the forefront of anti-doping efforts in cycling.

"We have a number of exciting new projects starting in 2020 and the entire CADF staff is looking forward to implementing them for the benefit of our sport."

Tensions with the UCI

One of the challenges facing Banuls will be maintaining the CADF's relationship with the UCI, which has been under strain in recent weeks.

In October, the UCI announced its intention to 'liaise with' the International Testing Agency (ITA), a new organisation created by the Olympic Movement with the support of the World Anti-Doping Agency (WADA) in 2018. The UCI could eventually decide to switch cycling's anti-doping controls to the ITA and scrap the CADF.

"In more specific terms, the UCI is keen to gauge the potential advantages that more of a global approach could bring with regard to synergies, not least in key areas such as research, innovation, intelligence and investigations, and pooling costs and resources," a UCI press release stated, referring to the ITA, which runs anti-doping programmes for over 40 organisations.

In the same statement, the UCI confirmed that the CADF would retain responsibility for cycling's anti-doping programme in 2020, and that Rossi's upcoming departure was unrelated to the discussion about working with the ITA.

Among the main issues with a potential move from CADF to the ITA is a loss in cycling-specific intelligence and expertise, given that CADF's focus on cycling contrasts with the multi-sport remit of the ITA.

"We are at the beginning of the process and we need to evaluate all aspects of it," said UCI President David Lappartient in an October interview with French newspaper Le Monde.

"I continue to say that CADF is doing a good job. But we must question this – most anti-doping agencies are multi-sport. Is it coherent to only look after cycling? Exchanging [intelligence] within the ITA, a richer research pool, could be effective for all," he added, going on to say that all CADF employees would be offered a position within the ITA.

Rune Andersen, Chairman of the CADF Board of Directors, then claimed that Lappartient had been seeking more control over the CADF's activities.

"He has repeatedly asked me for power over this or that, and I have always said no," Andersen told Le Monde. "I think he was surprised and unhappy about that. Since then, the ITA music has become louder and louder, like a veiled threat."

Lappartient, accused by some of harbouring ambitions to one day move on to the IOC – a potential conflict of interest given the ITA's relationship with the organisation – denied that he had sought to control the CADF or that the ITA move means he is looking out for his own career prospects.

"I have never and would never want to have access to the controls," he told Le Monde. "I never interfered. But it's not illogical for me to be interested in what CADF does. If I end up learning via the press what's going on, it's a problem. CADF had forgotten that it had a client called the UCI.

"It's an easy accusation," he added, of the IOC links. "I make my decisions in full knowledge of the facts and in the interest of the institutions I represent. If I had wanted to please [IOC President] Thomas Bach, we would have joined the ITA from its inception."

In response to the UCI's press release, CADF issued an open letter decrying the ITA move. In the letter, the CADF Board stated its surprise that the UCI would undertake such a decision without consulting the cycling community, citing CADF's credibility across the sport, as well as with WADA, national agencies and various law enforcement agencies.

"The CADF has worked tirelessly to create a solid foundation and instill confidence by cycling’s stakeholders in its work, for the protection of the sport. The position of the UCI has been made public with a timeline having been identified for its assessments. A decision on the future of the cycling anti-doping programme could be made in February 2020."

The results of the UCI's discussion with the ITA will be announced at the Management Committee meeting at the 2020 UCI Cyclo-cross World Championships in Dübendorf, Switzerland in February 2020.