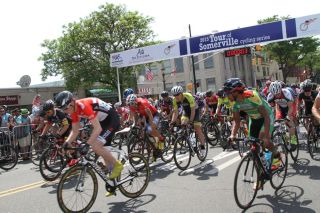 Organisers of the Tour of Somerville have announced that the long-running American criterium has been cancelled for this Memorial Day weekend due to the COVID-19 coronavirus pandemic. In a press release on Monday, organisers said they are committed to the event's return in 2021.

"For decades, the Tour of Somerville has been known as a must win for bicycle racers, and we are committed that after this one-year interruption, the event will continue to grow and prosper,” said Mike Malekoff, the Tour’s executive director in a press statement. "Everyone, from our title sponsor Unity Bank to the cycling community at large and town officials are on board to move forward for 2021."

The Tour of Somerville, which began with the men's event in 1940, and is now called Kugler-Anderson Memorial, has only been cancelled on one other occasion during the second World War.

USA Cycling extends suspension of sanctioned events to May 31

The men’s race is named in honor of its first two winners, Furman Kugler of Somerville (1940, 1941) and Carl Anderson of Clifton, N.J. (1942). The race was suspended during World War II, where both men lost their lives, and renewed in 1947 and named in their honor.

It is the oldest criterium race currently held the US and includes a storied history of champions including Jocelyn Lovell, Steve Bauer and Davis Phinney.

"There may be bigger races, ones with larger crowds and more prize money, but there’s only one Somerville because the focus of the race has always been to work with the community to create a venue for a classic event," said announcer Joe Saling. "In fact, the race is such a fixture in the community that no one calls it the Tour of Somerville in town; it’s just simply known as 'the bike race.'"

USA Cycling announced in that it had suspended all racing, camps and clinics through May 31, forcing races to be either cancelled or postponed until later in the season due to COVID-19 coronavirus.