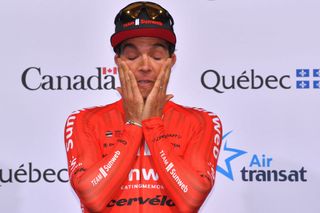 The 2020 edition of the Grands Prix Cyclistes de Québec et de Montréal have been cancelled due to the COVID-19 pandemic.

In a statement on Thursday, the race organisation said it would have been "impossible" to guarantee the safe and secure running of the events amid the coronavirus pandemic.

The GP de Québec and GP de Montréal were due to take place on September 11 and 13, respectively. The events would have clashed with the rescheduled Tour de France (August 29-September 20) on the revised UCI calendar.

WorldTour races in Québec and Montréal to go ahead as planned

The GPCQM organisation had stated last week that it would make a final decision before the end of July, but it was long apparent that the Canadian WorldTour races were unlikely to take place in 2020. Large public gatherings are prohibited in Québec until at least August 31 and a mandatory 14-day quarantine remains in place for arrivals into Canada until the same date.

“These past few months, we have worked tirelessly to organize our races in strictest compliance with health requirements, striving to address the various scenarios and staying in constant touch with the authorities concerned,” said Serge Arsenault, president of the organising committee.

“Today, there are still too many unresolved questions – for example, opening of borders, mandatory quarantine, and authorization to hold public gatherings. To delay this decision any longer would have been neither responsible nor respectful of all the parties who have placed their trust in us since 2010.”

The GP de Québec and GP de Montréal have been a fixture on the WorldTour calendar since their inception in 2010 and they rapidly established themselves as a popular stop on the road to the World Championships.

The 2019 events were won by Michael Matthews and Greg Van Avermaet, respectively, while previous winners in Canada include Peter Sagan, Philippe Gilbert and Rigoberto Urán. While the depth of the field would have suffered as a result of direct competition with the Tour de France, Arsenault was hopeful that the events in Québec and Montréal would go ahead as planned in September, though he was mindful of the complications posed by the coronavirus pandemic.

“All the efforts made, to uphold our standards of quality as well as ensure everyone’s safety, have ultimately been in vain,” Arsenault said on Thursday. “Obviously, we are deeply saddened to have to ‘press pause’ on our races, which in ten short years have become important events on the international circuit, eagerly looked forward to by the world’s best cyclists. Our primary duty, however, is to the riders, the teams, the fans, and our partners.”

Arsenault confirmed that the Canadian WorldTour events would return in 2021. “To cycling fans, we say: See you next year, on September 10 and 12, 2021,” he said.

UCI president David Lappartient expressed regret at the cancellation of the Canadian races. They are the latest WorldTour events to be cancelled in 2020 after the Volta a Catalunya, the Tour of the Basque Country, the Tour de Romandie, the Tour de Romandie, Clásica San Sebastián, E3 BinckBank Classic, RideLondon-Surrey Classic, Eschborn-Frankfurt, Dwars door Vlaanderen and EuroEyes Classics. It also looks likely that the Tour of Guangxi will fall by the wayside due to limits on international sporting events in China, though any cancellation has yet to be confirmed by the race organisation.

"I understand the reasons for this difficult decision by the organizers of the Grands Prix Cyclistes de Québec et de Montréal to cancel these two races for 2020, while of course regretting that they will be absent from this season’s UCI WorldTour calendar," Lappartient said. "We are all very much looking forward to their return in 2021. I applaud the dedication of the cities of Québec and Montréal in lending invaluable support to cycling, and I thank the organizers for their commitment to our sport, which is very much appreciated."