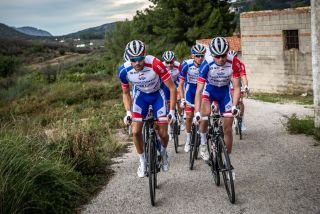 Groupama-FDJ announced Wednesday that it will not be able to compete in the upcoming Strade Bianche, GP Larciano [Industria & Artigianato] and Tirreno-Adriatico after being left under-staffed due to the recent quarantine period at the UAE Tour.

"Lacking sufficient numbers of available riders and staff, partly due to the quarantine period observed in the UAE, our team regrets to announce its inability to take part in upcoming Strade Bianche, GP Larciano and Tirreno-Adriatico."

The Union Cycliste Internationale (UCI) said it has been informed that six further cases of the coronavirus have been discovered amongst teams at the UAE Tour. The six cases are further to the original two cases that emerged last week and involved two staff members of a team in the WorldTour race.

Earlier in the week, La Gazzetta dello Sport reported that a total of 12 cases have been discovered in the UAE Tour entourage, with four riders affected and taken to hospital for medical support.

The Groupama-FDJ confirmed their riders and staff at the UAE Tour have all tested negative. However, additional testing may have led to the discovery of more cases on other teams.

The UCI confirmed that the Emirates health authorities have decided to keep
members of Groupama-FDJ, Cofidis and Gazprom-Rusvelo confined to the fourth floor of the team hotel in quarantine until at least March 14.