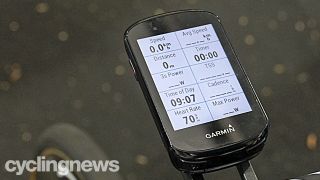 Professional cycling has become a game of numbers, with riders paying such close attention to their power numbers and heart rates that they become obsessed - or so says Vini Zabù-KTM manager Luca Scinto, who has, according to La Gazetta dello Sport, ordered his riders to lose their devices during races.

"Many riders were obsessed with it," Scinto told La Gazzetta.

The Vini Zabù-KTM team, formerly Neri Sottoli-Selle Italia, have earned a wildcard invitation to the 2020 Giro d'Italia, where they'll be the only team racing without power meters or heart rate monitors.

"The riders are obsessed with watts. They allow themselves to be influenced too much by it. During training it's good to use a power meter but not in a race. I want my riders to think freely again," Scinto said.

"I don't want to lead robots, but riders who listen to their bodies and can control themselves. I know that there will be some dissatisfaction in the beginning, and there has already been one. But our leader [Giovanni] Visconti immediately agreed with me. We are heading this way with conviction."

The evolution of power meters has changed the peloton over the last 30 years. Before the mid-1980s, riders could only measure power on stationary bikes, but Ulrich Schoberer developed and patented the SRM Training System - the first portable power meter. Greg LeMond helped to prototype the technology, which first became publicly available in 1989.

With the development of lighter devices, the benefits of having live data began to outweigh the weight penalty, leading to outfits like Team Sky to focus heavily on their use in Grand Tours. Four-time Tour de France winner Chris Froome has been heavily criticized for focusing too much on his power meter.

Knowing their own capabilities, riders can use power to know when to respond to attacks or when to launch their own and teams can use the data to determine how much effort is needed to reel in a breakaway.

Tour de France director Christophe Prudhomme called for a ban on power meters in the Tour in 2018, saying they "annihilate the glorious uncertainty of sport".

It seems that Scinto is the first team manager to take the initiative to strip the devices from his riders' bikes, despite the perceived advantages of using them.