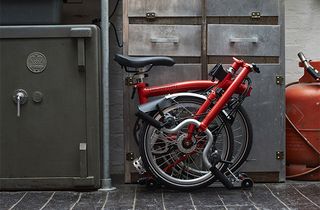 In response to the rise in people taking to two wheels, Laka has announced an all-new insurance policy that aims to make insurance affordable to all. Laka Club, a policy offering third-party cover, was announced on Friday. It will cost a single British pound and provide cover until the end of 2020.

As a result of the coronavirus pandemic, commuters have been looking to avoid the risks associated with close-quarters public transport. Coupled with the reduction of cars on the road, this has led to a surge in cycling for utility and transport.

Whether or not cyclists should require insurance is a hotly debated topic, but while there are many benefits to being covered, it is not required by law. As a result, many new cyclists take to the streets without the topic having even crossed their mind.

In the same week that the CEO of Brompton called upon politicians to invest in cycling infrastructure across the UK, the co-founder and CEO of Laka, Tobias Taupitz, recognised that the metaphorical cycling landscape is changing.

"Now is a time of change and a great opportunity for cycling," he explained. "Following the government’s commitment to get more people riding and a recent spike in bike sales across the UK, Laka Club will help cyclists protect their commute without breaking the bank."

For their pound, riders who take out a Laka Club policy will be given third party liability insurance for the rest of the year, which will cover everything from commutes to group rides and races. As with any third-party insurance policy, a rider's own belongings are not covered, but the policy will cover costs of up to two million pounds should a rider cause injury or damage to someone else or their property.

Aimed at Europe-based cyclists, it will cover international trips of up to 60 days in length, although trips to USA and Canada are excluded.

In return, Laka is asking for permission to send marketing emails, which will no doubt be off-putting to some. If this is you, the same cover can be purchased for a 12-month period for an upfront fee of £12.

This launch comes just a few weeks after Laka announced its Recovery insurance policy, which champions mental health by providing cyclists with access to psychological support and treatments, as well as a host of other benefits to aid recovery.