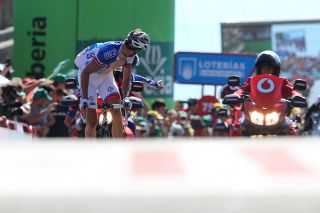 With less than three weeks to go before the official presentation, pundits predicting the route for the 2020 Vuelta a España have been hit by an unusual problem: a lack of leaks.

Normally by this stage in the game, the route for next summer would be one of the worst kept secrets. As the last Grand Tour route to be published each year, the Vuelta is particularly vulnerable to officials in town halls up and down the country jumping the gun and revealing on a local TV or radio chat show that their city will host a start or finish. Likewise, hotel workers in well-known cycling areas like Asturias have been known to call up media contacts to warn of a mysterious spate of reservations in a particular weekend next September.

Instead, and for once, when it comes to the 2020 route, the organisers continue to hold most of the cards to their chest.

2020 Vuelta to begin in Netherlands with TTT

The start in the Netherlands for the 75th Vuelta was confirmed months ago, a return to Spain via the Basque Country looks likely, and the summit finish on the Col du Tourmalet at the end of the second week is out there as well. All the signs are that the south of Spain will be avoided completely, too, particularly given the 2020 Vuelta starts a week earlier than usual, on August 14th, and neither blisteringly hot southern Spanish summer weather nor coast roads jammed with holiday traffic tend to go down that well with the peloton.

But, even as the Christmas lights start to go up in the streets of Madrid, an awful lot of blank spaces remain. Even the question of how many ultra-steep summit finishes - the Vuelta’s trademark of recent years - there will be has yet to be answered.

Instead, given the current dearth of evidence, the most plausible theory out there is the 2020 Vuelta could be decided by a third week trio of stages in the hills and mountains of the north-west region of Galicia. These would culminate with a ‘mixed’ 30-35 kilometre time trial, mostly on Galicia’s relentlessly undulating coast roads, but ending atop the viciously steep ascent to the Ezaro dam.

A relatively recent addition to the Vuelta’s seemingly unending list of ‘side-of-the-house’ climbs, there’s no doubt Ezaro fits in there well. First tackled in the 2012 Vuelta with a victory for the now-retired uphill finish specialist Joaquim Rodríguez, and again a summit finish in 2016 with a win for France’s Alexandre Geniez, Ezaro contains ramps of up to 29 per cent, although overall the 1.8km climb, up the side of a dam, ‘only’ averages 14 per cent.

If the Ezaro stage comes close to the end of the Vuelta's third week of racing and after two stages through the rugged Ribeira Sacra region of Galicia, then the morning of September 6 would see riders flying to Madrid for the final, largely ceremonial sprint stage in the Spanish capital.

Netherlands and Basque Country to start

Compared to the overall dearth of details for one end of the race, almost every last kilometre of the Vuelta’s opening three stages in the Netherlands, starting in the unversity city of Utrecht, has been decided and known about for months. A milestone of cycling history will be reached, too thanks to the Vuelta’s starting abroad for just the fourth time in its history. Moreover, after hosting a stage of the Giro in 2010 and the Tour’s opening stages in 2015, Utrecht, as of August 14th next year, will become the first city ever to have welcomed all three Grand Tours.

The 2020 Vuelta kicks off with a 23.7km team time trial. An opening technical section will be followed by a quick spin along Holland’s oldest bike path on the Maliebaan before finishing close to the exhibition centre of Jaarbeurs.

The Vuelta’s second and third stages are also in Holland, stage 2 finishing in Utrecht again and stage 3 in the nearby city of Breda, and both likely, despite some early climbs on stage 2, to end in bunch sprints. Possibly the most exotic element of these stages comes during the lengthy neutralised section in Breda on stage 3, during which riders will dismount and walk, bike in hand, through the Grote Kerk church, one of Holland’s best-known monuments.

However, as soon as the race heads back to Spain and more familiar terrain on Monday August 16th - due to be a rest day for the transfer and flight south - the Vuelta's trademark summit finishes begin to kick in with a vengeance.

Stage 4 from the border town of Irún in the Basque Country is expected to finish on Arrate, the sanctuary  which traditionally acts as the key finish in the Vuelta al País Vasco and was last tackled by the Vuelta in 2012. A possible finish at Aralar, a steeper, only partially tarmacked ascent in neighbouring Navarre, where Fabio Aru won  back in 2014, could keep the climbers happy for a second straight day.

However, after a loop south and east, probably through the easterly provinces of Soria and Aragon, what is already tipped to be the toughest mountain stage of the whole Vuelta will come a week later. This will feature an incursion into France and finish on the most venerable Pyrenean climb of them all: the Tourmalet.

Reportedly due to be tackled close to the end of the second week, the Tourmalet was last tackled in the Vuelta in 1995 on a mist-enshrouded stage to Luz Ardiden, where Laurent Jalabert once again shredded the opposition en route to his sole Grand Tour victory a few days later in Madrid.

The final stages of the Vuelta are then rumoured see the race head westwards out of the Pyrenees, possibly via the Basque Country again and with a brief run along the Bay of Biscay and the Cantabrian coast, before heading across to Galicia for a possible final show-down.

If confirmed, Ezaro would be the first uphill race against in the clock so late in the race since the Vuelta in 2008, when Levi Leipheimer took the stage honours at Navacerra, but could not overhaul his Astana team-mate Alberto Contador as the Spaniard honed in on his first overall victory in his home Grand Tour.

But whether an uphill TT, 600 kilometres further north in Galicia, will play that star role in the 2020 Vuelta will only become clear for certain when the curtain goes up at the route presentation in Madrid late on the evening of December 17.