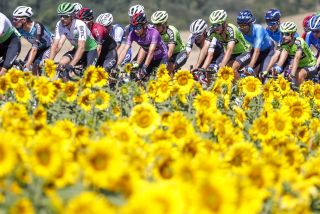 In a year where so much has changed in cycling and in general life, it’s a relief to find that the Vuelta a Burgos has managed to stay the same and stick to its roots.

The Vuelta a Burgos is the first major professional road race to be held under conditions dictated by the ‘new normality’ and all the distorted perspectives that a world hobbled by heightened levels of doubt and fear has created. The ProSeries race has attracted 15 WorldTour teams, further boosting the international attention for the five-day Spanish stage race. All eyes will be on Spain between July 28 and August 1.

This year's race will be like no previous edition, yet the Vuelta a Burgos route remains reassuringly similar. Held almost without interruption since 1945, Burgos has always been seen as a well-organised event and, since the major changes to the Grand Tour calendar in 1995, as a prestigious summer warm-up event for the Vuelta a España.

And in its route at least, Burgos seemingly remains designed with that warm-up role in mind, with two mountain stages, two stages for sprinters and one punchy uphill finish. Given the heat that makes most of Spain a furnace in August, the stages are not exceptionally long, mostly ranging between 150 and 170 kilometres. There’s no time trial.

Stage 1 again starts in the shadow of Burgos cathedral, which celebrates its eighth centenary in 2021. The first day ends with the same short, technical uphill finish at Burgos castle, and with no time bonuses in the race, should establish a clear initial hierarchy.

The next stage is the race’s longest at 168 kilometres and passes through the villages and towns of the province’s western flatlands. It will likely see a bunch sprint, should the fast men be able to overcome the more rolling terrain that predominates in the stage’s second half.

As in 2018 and in 2019, the biggest climbing tests will come at the Picón Blanco summit finish on the Thursday and Lagunas de Neila summit finishes on the final stage on Saturday.

Picón Blanco is technically the harder climb, being the race’s one classified Special Category climb. It is eight kilometres long, too, with a challenging 9.3 percent average gradient. However, Saturday’s final showdown at Lagunas de Neila is not only marginally more difficult – five kilometres at 9.9 percent – but it is immediately preceded by the third category Alto de Collado, a four-kilometre draggy uphill which will already start the weeding out process of those with weaker legs. And by stage 5, there will be no sense in riders saving their legs for the following day’s racing, meaning a more savage battle between the favourites is likely to be on the cards.

Both Picón Blanco and Lagunas de Neila are narrow, winding and very technical climbs with multiple, unforgivingly steep segments. Picón Blanco features much more open, exposed terrain at the finale, so despite having a fairly easy last half kilometre leading up to a former military base, the wind could be more of a factor. The weather changes quickly in the mountains, and last year’s stage on Picón Blanco was run off in memorably dense mist. While Lagunas de Neila runs up through much more densely wooded slopes and is even more twisty, with multiple ramps of over 12 percent. The last kilometre to the lakes of Neila, with a segment of 17 percent, is rated one of the hardest in the region.

If the route is all but identical to the last three years, then the level of participation is radically different. As the first major race after the COVID-19 pandemic, the battle for daily and overall victory will surely be huge.

No fewer than 15 WorldTour team buses will jam the streets around Burgos Cathedral for the first stage of the race next Tuesday. In comparison, there were just four World Tour teams on the Burgos start-line the previous year – UAE, Movistar, Ineos and Dimension Data – and four, too, back in 2018.

On paper, Team Ineos, with 2018 and 2019 winner Ivan Sosa and 2019 Giro d’Italia winner Richard Carapaz, are the team to beat. But there are plenty of other squads out there that could give the British squad a run for their money.

Mikel Landa (Bahrain-McLaren) the 2017 winner, is one contender, while Nairo Quintana (Arkea-Samsic), who captured the race overall both in 2013 and 2014, would be another major challenger assuming his participation is finally confirmed.

Fabio Aru (UAE Team Emirates), Simon and Adam Yates (Mitchelton-Scott), Enric Mas and Marc Soler (Movistar) and Rafal Majka (Bora-Hansgrohe) are all other names that stand out as potential challengers on the list of provisional starters. Yet another formidable opponent will likely prove to be Alejandro Valverde (Movistar), winner of Burgos way back in 2009.

The two bunch sprint finishes – although stage four has a tricky uphill segment in the final kilometre that could whittle down the field – will likely be just as interesting as the summits.

Arnaud Demare (Groupama-FDJ), Mark Cavendish (Bahrain-McLaren), Fernando Gaviria and Alexander Kristoff (UAE Team Emirates) and, should they be confirmed, Sam Bennett (Deceuninck-Quick Step) and Matteo Trentin (CCC Team), are all likely to be in the mix.

Remco Evenepoel (Deceuninck-Quick Step) and last year’s winner Giacomo Nizzolo (NTT) are both likely to be keen to make their mark on stage one’s uphill finale.

Whoever wins the first stage, the other stages and the overall classification, the dramatic circumstances that are swirling around the world of sport this year mean the 2020 Vuelta a Burgos will automatically form part of cycling’s history books.