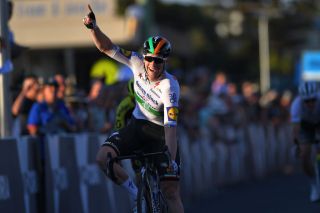 Times are tough. Races are being cancelled rather than postponed, and teams are feeling the pinch as they make cuts and furlough staff. The world of pro cycling is no different from virtually any other sport – or sector of the economy – but as the UCI grapples with factors that are well outside its remit, riders can only speculate about what the future might hold.

In Ireland, Deceuninck-QuickStep's Sam Bennett is well into the second month of his lockdown. He can train on the road but only with a 2km radius of home, and he can pass the time riding virtually on Zwift. But the Irishman is desperate to start racing again, and with provisional dates set for the Tour de France (August 29 to September 20), he at least has something to target – even if the likelihood of a Tour during that timeframe seems hopelessly optimistic.

"Hopefully racing goes ahead and we do have some dates to target. That's given me a new motivation and has made things easier but, in another sense, things are scary on the financial side," Bennett told the Cyclingnews podcast.

"Cycling is a business and we have to race this year or the whole structure will fall apart, I reckon. The Tour de France has to happen. The way it is with sponsorships, it is a worry because this is our jobs and livelihoods. From my side, I hope that racing happens and I think that everyone is going to be motivated. Even if everything is condensed into three months, everyone will be up for it because they just want to race," he said.

The UCI were set to announce a new and complete 2020 calendar on Wednesday but those plans were derailed when the governing body awoke to the fact that international governments were far more likely to be able to determine when major sporting events could take place.

The re-adjusted calendar and its unveiling has been moved back to the first week of May but even when it is announced, the landscape within the sport will be massively different from how it was in 2019. Races that were already hanging on by a thread financially will be under mounting pressure, and many expect smaller races to fold as a result of the COVID-19 pandemic.

"The races that were struggling before, it's going to be very hard to see them running again," acknowledged Bennett.

"If the recessions happen like they say that they will, then sponsorship is the first to go."

While the outlook is bleak, Bennett has at least been keeping his spirits as high as possible. He has kept fit and healthy, and has even taken part in online racing.

"I'm just trying to adjust to life as we know it. I'm treating it as an off-season, having taken a break before starting to build up again. It's a bit hard in the way that it feels like all I've been doing for the last six months is training and building up for another season, but all is OK.

"I was back in Monaco, but after the UAE Tour and Paris-Nice, I realised how serious COVID-19 was going to be, so I decided to go back to Ireland where there was less of a language barrier and a bit more comfort. Also, at the time, Monaco was going into total lockdown, while Ireland didn't do that for a further two weeks. It's quiet here. That's the main thing that I notice."

But the mental strain that comes with lockdown has become apparent. Not knowing when he will next race has been weighing on Bennett's mind, but with a glimmer of hope on the horizon, the sprinter can at least see an end to lockdown, even if a level of uncertainty comes with it.

"After Paris-Nice, I took 10 days off. Not knowing when we'd return to racing was the hardest thing for me, mentally, because I didn't know what I was training for. There was no date to target. That was the hardest part, but I know that it's my job to be fit and ready for when racing starts.

"We have to be ready. If we race late into the year, it could be a problem if we don't have a break and then next year happens as normal. Without a break to re-set and go again, a lot of guys could blow up. There's a lot to think about, and a lot of time to think about it."

Tune into the Cyclingnews podcast on Friday for interviews with Sam Bennett and Nathan Haas.