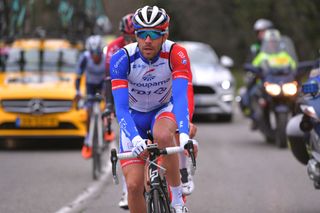 There were two mantras doing the rounds during the Tour de la Provence, as the teams packed up and moved on after Nairo Quintana (Arkéa-Samsic) sealed overall victory in Aix-en-Provence on Sunday.

The first — 'it’s only February' — applied to teams such as CCC — still without a win this year — Sunweb, NTT and Movistar, while the other — 'you have to be ready in February' — was doing the rounds in the Arkéa-Samsic, Ineos, Astana, and Deceuninck-QuickStep team corners.

EF Pro Cycling merely simmered through Hugh Carthy, while their Colombian stars lit up the road across the Atlantic, and Jumbo-Visma, with all three Grand Tour leaders off the road, gave thanks for Sepp Kuss and the inclusion of Mont Ventoux, a perfect showcase for his climbing skills.

Meanwhile, Groupama-FDJ smouldered and brooded, without ever contending for a race that served as a measuring stick, with four months to go, of where Thibaut Pinot stands after seven months away from racing. Pinot himself was direct about his current form. "I was hoping for better," he said. "There’s still work to do."

Perhaps given the length of his absence, that’s no surprise, yet a podium finish in Paris-Nice, where the level will be higher, looks distant, based on this showing. Maybe the forthcoming Tour du Haut Var will be a better yardstick for assessing the Frenchman’s return to racing.

AG2R La Mondiale were almost anonymous, with the team’s most notable moment coming when 2018 Tour de la Provence winner Alexandre Geniez, seemingly plagued by an ongoing loss of form, lost contact with the peloton early on stage 2 and was forced to abandon.

But then, despite winner Quintana's near-veteran status, this was a race for younger and fresher faces, like Charlie Quarterman of Trek Segafredo, or Kuss, now asserting his place on the toughest of terrains.

Meanwhile, Aleksandr Vlasov of Astana, stage winner on day two, breakaway artist Rémi Cavagna of Deceuninck-QuickStep and his American teammate Ian Garrison, third on the final stage to Aix-en-Provence, all made big impressions.