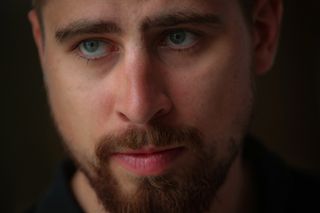 For men with great expectations later in the calendar, January racing is a curious proposition. A victory is always welcome, but not at all costs. Peter Sagan has made a habit of starting his season early, but in a decade of professional racing, he has scored only three wins in the first month of the year.

After placing sixth on the opening day of the Vuelta a San Juan, Sagan took fifth in the bunch sprint on stage 2 in Pocito on Tuesday. "The feelings were good, but I still need some more time to get the optimal legs," he said afterwards. No cause for concern.

Sagan likely has three more sprint opportunities before the week is out, but for Bora-Hansgrohe directeur sportif Jan Valach, the Argentinian event is less about picking up bouquets than laying down foundations.

"If you win, it obviously gives you some reassurance about where you're at, but you also know from your legs if your condition is good," Valach told Cyclingnews. "You know how Peter is, he's an experienced rider and he's already at a good level. This race isn't very hard, but it's a good preparation race. It has a nice mix of stages and the logistics are good, too, because we stay in the same hotel every night."

Sagan's only January wins to date, incidentally, came in the last two years at the Tour Down Under. Twelve months ago, he completed an arduous Southern Hemisphere swing that saw him line out in Australia before travelling onwards to Argentina. Given his packed 2020 schedule – Classics, Giro d'Italia, Tour de France, Olympic Games – Sagan has opted for a lighter load this time out.

"We wanted him to start his season in a different way," Valach said. "Not easier, exactly, but this was more straightforward."

In keeping with a habit that began in 2016, his first campaign in the rainbow jersey, Sagan will take an extended hiatus from racing in February, training at altitude in Colombia with two or three teammates, before returning to competition at Strade Bianche on March 7 and using Tirreno-Adriatico to fine tune ahead of Milan-San Remo.

A year ago, of course, Sagan's Classics campaign was ultimately mitigated by illness, but he and his entourage saw little reason to change his build-up.

"He's capable of preparing alone, away from races, and he prefers to work at altitude," Valach said. "He's the kind of rider who can build his condition by training and then he only needs a couple of races to get back up to speed."

While the opening segment of Sagan's year is familiar, he has decided to make one notable tweak to his calendar, shoehorning a debut appearance at the Giro d'Italia between the Classics and the Tour de France. Six days after the Tour finishes in Paris, meanwhile, Sagan will be on the start line on the road race at the 2020 Tokyo Olympics. Speaking to Cyclingnews last month, he suggested that the Olympic Games might all but mark the end of his 2020 season, given the congested nature of the preceding months.

A number of riders have already highlighted the difficulty of being competitive in Japan after such a quick turnaround. Alejandro Valverde has admitted that he is unlikely to complete the Tour, while Vincenzo Nibali has already confirmed that he will eschew La Grande Boucle altogether. With a record seven green jerseys already in his wardrobe, Sagan has little left to prove in France, but Valach – who is also the Slovak national team coach – dismissed the idea that he would be tempted to withdraw early with Tokyo in mind.

"You don't leave the Tour just like that, even if the Olympic Games are very important," he said. "There's very little time between the two races, so that's not ideal, but we'll focus on the Tour first and then look to the Games. We'll do everything to be 100% at the Tour de France and he has good legs there, he should be able to do something in Tokyo."

Four years ago, Sagan opted to forgo the road race in Rio in order to devote his attention to a quixotic attempt at success in the mountain bike race. That decision was informed largely by the difficulty of the road race parcours, but Greg Van Avermaet's subsequent victory suggested it may have been a hasty one. "It's easy to say that after the fact. We did what we did, but this is another year and we'll see," said Valach.

Even so, the Rio experience must surely have encouraged Sagan to target the road race in Tokyo this time around. Like in Brazil, the route is ostensibly one for the climbers, but a closer examination indicates that there is scope for a rider like Sagan to compete for a medal.

"It's a course for climbers, but more for aggressive climbers, shall we say, climbers who have a sprint as well," Valach said. "Peter is capable of getting over climbs and after the Tour, he will have the base and his weight will be good. A lot depends on those few days between the Tour and the Olympics, of course. But if he has a good day, then he can do a very nice race.

"The last climb 30km from the finish is very, very hard but we'll see how the situation is because teams can only have a maximum of five riders and the time triallists must be included in those five riders, so it could be a difficult race to control."