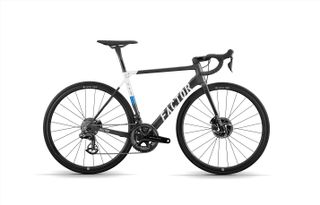 Israel Cycling Academy will ride Factor bikes in 2020 after agreeing a three-year deal with the British company. The partnership marks a return to the WorldTour for Factor Bikes, which previously supplied AG2R La Mondiale in 2017 and 2018.

Following a takeover of Katusha-Alpecin, Israel Cycling Academy will step up to the WorldTour for the first time in 2020. Nils Politt and Alex Dowsett are among the Katusha riders to join the merged team, while new arrivals include Dan Martin and André Greipel.

The team raced on De Rosa bikes for the past two seasons, when they earned wildcard invitations to the Giro d’Italia.

Factor has announced that Israel Cycling Academy will ride O2 VAM Disc and ONE Disc bikes in 2020, and that the machines will feature both a custom ICA colour scheme and new Factor decals.

The bikes will feature Black Inc. wheels, seatposts and barstems, while Ceramic Speed, Maxxis Tyres and Selle Italia have also been confirmed as equipment suppliers.

"This is an exciting time for Factor as we make our return to the World Tour and we have a great team and partner in Israel Cycling Academy," Factor Bikes owner Rob Gitelis said in a statement.

"We both share ambitions to compete on the world stage and do so with high performance bikes and equipment."