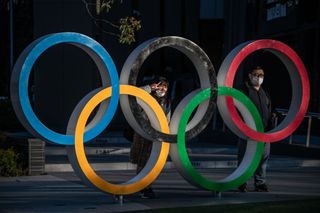 International Olympic Committee (IOC) president Thomas Bach is hoping that the postponed Tokyo Olympic Games will not have to take place 'behind closed doors'. According to the BBC, organisers are working on a safeguarding strategy to address health concerns surrounding the COVID-19 coronavirus pandemic while they also try to maintain the spirit of the event.

"We are working for a solution which on the one hand is safeguarding the health of all the participants and on the other hand is also reflecting the Olympic spirit," Bach told the BBCon Wednesday.

The 2020 Olympic Games were originally set to take place from July 24-August 9, but were postponed due to the coronavirus, and will now be held from July 23-August 8, 2021.

The IOC said that it is committed to making sure the Olympic Games are held next summer and that it is working on a range of scenarios that take into account the uncertainty of the progress of the pandemic in a year's time.

Many events have been postponed or cancelled this year due to the pandemic, with the cycling's UCI WorldTour calendar only resuming on August 1. Sports governing bodies and teams are also working on strategies for hosting events safely, which include enforcing cohorts among teams, staff and event personnel to help contain the spread of the virus, along with limited spectator gatherings and media access at events.

Bach told the BBC that the IOC are working on "all different countermeasures", and that he hoped the Olympic Games could host spectators. With regards to events being held behind closed doors, Bach said that was "clearly something we don't want".

"For this reason we are working on multiple scenarios, as we don't know the health situation one year from now," he said.

The cost of postponing the Olympic Games is estimated to be between $2 and $6 billion. It was reported that the IOC set aside $800 million to offset the costs of rescheduling.

Despite the enormous costs and uncertain health risks involved in hosting the Olympic Games, Bach reiterated that the IOC was committed to running the event next year.

"We remain fully committed to celebrating Tokyo 2020 next year in July and August," Bach said.