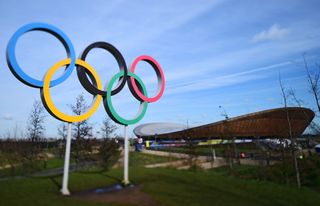 The Athletes Village built to house athletes and staff for the Tokyo Olympic Games and Paralympic Games could instead be used to house coronavirus patients, reports AP News.

The IOC announced that the events have been postponed until next July and August due to the global COVID-19 pandemic.

The development, built on Tokyo Bay, although not yet complete, includes 24 buildings but will otherwise remain empty until the Olympic and Paralympic Games next summer.

According to AP News, Tokyo Governor Yuriko Koike has considered and discussed the possibility of occupying the buildings with patients being treated for COVID-19 symptoms.

"We are talking about places that are available even today or tomorrow and checking a possibility one by one," Koike said in the AP News report. While he noted that an alternative to the Athletes Village would be to buy a hotel to house patients.

Japan had reported about 4,000 cases of coronavirus with 93 deaths, according to the health ministry. Japanese Prime Minister Shinzo Abe could declare a state of emergency for Tokyo as early as Tuesday, as an additional health precaution to help fight the coronavirus outbreak.

The Athletes Village will eventually be called Harumi Flag. The developers said they haven't heard from the city regarding its use as a place to house COVID-19 patients, adding that it was speculation.

Organisers of the Tokyo Olympic Games are reportedly spending more than $12.6 billion, which will include the 40 sports venues. AP News reported that the postponements is estimated to cost between $2 billion and $6 billion.