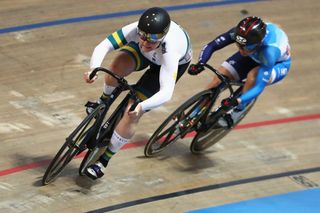 Cycling Australia have announced that, due to the ongoing coronavirus crisis, the combined elite and under-19 Track National Championships, originally scheduled for March 25-29 at the Anna Meares Velodrome in Brisbane, will be postponed, while the junior championships (March 18-22) will be cancelled entirely.

The Australian federation said that the decision had not been taken lightly, but that, given the Australian government's decision that all public events of 500 or more people should be cancelled as of Monday, March 16, and to protect all those taking part and associated with the two championships, postponing the elite/U19 event and cancelling the junior (U15/U17) meeting was the only option.

"Our Track Nationals draw athletes, coaches, families and spectators from all over Australia," said Cycling Australia CEO Steve Drake in a press release. "Whilst technically we may have been able to run these events with under 500 attendees, we have an obligation to our cycling family and to the broader community to assist authorities in limiting the spread and impact of Covid-19."

Track World Championships: A sign of a golden age of pursuiting

While new dates will be found to hold the elite and U19 Track Nationals, which will still take place in Brisbane, the junior event will be cancelled entirely due to the potential disruption to the participants’ schooling later in the year.

The option to hold the events 'behind closed doors' – i.e. without crowds of fans/supporters – was also dismissed, according to the Cycling Australia press release, due to the group travel still involved for participants, as well as the risk of "potential long-term isolation of minors" while away from home – i.e. without accompanying family members.

"For our riders who have put in so much time and effort to prepare, we know this decision will be greatly disappointing," said Cycling Australia Chair, Duncan Murray. "However, we are currently in unprecedented times, and the welfare of everyone, including riders, coaches, officials and their families and other supporters, is paramount in coming to this decision."