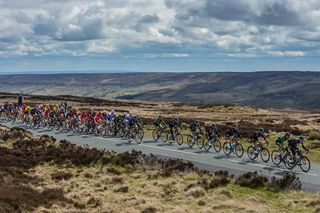 Ever since the new coronavirus that causes the potentially fatal Covid-19 emerged from Wuhan city in China there has been cascading shutdowns around the world and sport is no exception. The Tour of Hainan was the first race to be cancelled in January as the virus spread outside of Hubei province.

Now that the World Health Organisation has declared the spread a pandemic - meaning it has spread across the globe - and the number of deaths from the disease in Italy have been disproportionate due to hospitals being overwhelmed - cancellations of events have come in rapid succession.

First it was all of the races in China, then Strade Bianche, Milan-San Remo, Tirreno-Adriatico.

Paris-Nice got underway and persisted through to an early finish on stage 7, in spite of seven WorldTour teams refusing to take the start over concerns of spreading the coronavirus. Even races further down the calendar began to drop, such as Circuit de la Sarthe, Tour de Bretagne, Tour de Normandie.

The Flanders Classics in March were next on the chopping block, with the Tour of Flanders also under threat. The Giro d'Italia is the biggest victim so far.

Cyclingnews will update this list of races with the cancellations as they are announced.

Giro d'Italia and beyond