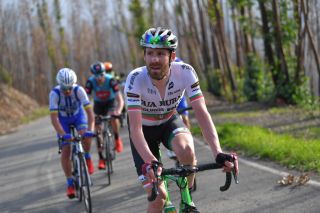 Caja Rural-Seguros RGA have said they have been notified by the UCI that they will not be banned from competition despite two recent doping cases.

Under UCI rules, the Spanish ProTeam team risked a ban of between 15 and 45 days after two cases within a single 12-month period involving former team riders Domingos Gonçalves of Portugal and Jaime Roson of Spain.

Both riders were sanctioned for irregularities in their UCI biological passport, in Gonçalves' case from 2016, the year when he raced for Caja Rural-Seguros RGA. He hasn't yet been officially banned, though remains provisionally suspended. The team ended their contract with Gonçalves ahead of the 2020 season.

In Roson's case, the period concerned was from early in 2017, when he was with the team, to 2018 – by which point he had moved on to the WorldTour with Movistar. The Spanish WorldTour team terminated Roson's contract in February 2019 after his four-year ban was confirmed.

The Caja Rural team said on Thursday that after presenting their own arguments to the UCI, cycling's governing body has opted not to ban the entire squad from racing "because the conditions that could see that happen do not exist." It also called the UCI's decision "logical and coherent."

In the same press release Caja Rural-Seguros RGA underlined their commitment to zero tolerance on doping.

"In addition, the team highlights again its zero tolerance policy against doping and its compliance with all the existing rules and regulations," the statement read.

"We will continue to work closely with the relevant regulatory bodies to obtain a clean sport.

"This decision reinforces our determination to develop our youth academy in which we have been working for so many years so that our young riders can develop themselves personally and professionally."