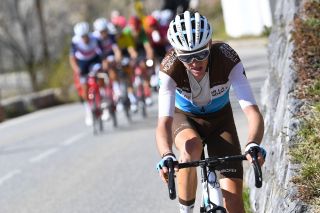 Romain Bardet (AG2R La Mondiale) has stated his opposition to the idea of giving dispensation to French professional riders to train on the road while France is in a state of lockdown due to the coronavirus pandemic.

In Le Monde on Tuesday, Bardet said that “now is not the time for selfishness” and pointed out that riders currently have no events to train for, given that the UCI has suspended all racing until at least June 1.

Last week, Pascal Chanteur, president of the French riders’ union UNCP, sought permission for professional cyclists in France to train outdoors from the middle of April, when the country’s current set of lockdown measures is up for revision. He and others are concerned that the pandemic could create a two-speed peloton because riders are still allowed to ride outdoors in Belgium, the Netherlands and the USA, while France, Spain and Italy are under strict lockdown.

Bahamontes: We need to deal with coronavirus before thinking about 2020 Tour de France dates

France went into lockdown for an initial period of two weeks on March 17 and the order was later extended for a further fortnight. French Prime Minister Edouard Philippe has since said that the ongoing lockdown is likely to be extended beyond April 15.

"There is no hurry to get a dispensation to have the right to ride on the road. That will only be important when we have a schedule to start up again," Bardet told Le Monde.

"Right now, it would be comforting, it would be personally enjoyable, everybody is tired of the lockdown. If the pros want to ride, then so do the amateurs. And as there is talk of a drop in compliance with the rules, the message wouldn’t be positive. Now is not the time for selfishness."

Bardet’s words echoed those of Total-Direct Energie rider Lilian Calmejane, who stated his opposition to the UNCP’s call for dispensation in an interview with L’Équipe on Monday, when he pointed out that the riders were, first and foremost, citizens.

"Given the global situation, I’m in favour of everybody – starting with personalities with a media profile – giving a good example by staying at home," Calmejane told L’Équipe.

"If we remain in a state of general confinement, I don’t see why professional cyclists should be allowed out freely before everyone else, given that we don’t have any racing before July. At a certain point, we need to set an example. Unity is what will help us come out of this crisis without too much damage.

"We’re all citizens, so for me there’s nothing to think about. It’s easy to say that when you live in a small town with a bit of freedom, or house with a piece of land and a dog to walk in the park. But for me, we all have to be irreproachable. From a sporting point of view, there’s no hurry."

Calmejane’s Total-Direct Energie manager Jean-René Bernaudeau also rejected the UNCP call for a dispensation for professional riders, telling Cyclismactu that there were more pressing priorities beyond professional sport in the weeks ahead.

"The health problem needs to be dealt with, then we can start again," Bernaudeau said.

"And if there’s less training and the Tour de France is ridden 3km/h slower, that’s not going to kill us. I’m really shocked by top-level sport, not just cycling. We’re a bit selfish. We’re not much in comparison to the whole French population who are suffering, so right now, it’s selfish to speak about business in sport. Sport is so secondary…"