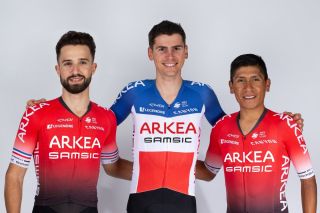 Total Direct Energie had earned their selection by right after finishing as the highest ProTeam in the 2019 UCI rankings, while ASO handed its two discretionary berths to the Arkéa-Samsic squad of Nairo Quintana, Nacer Bouhanni and Warren Barguil, and the B&B Hotels-Vital Concept team, led by Bryan Coquard and Pierre Rolland.

By dint of their performances in 2019, Total Direct Energie have secured an automatic invitations to all WorldTour events in 2020, but Jean-René Bernaudeau’s squad have already confirmed that they will not take up their place at the Giro d’Italia, meaning RCS Sport will be able to allocate three wildcard places.

This will be B&B Hotels-Vital Concept’s debut appearance at the Tour after Jérôme Pineau’s squad missed out on selection in each of their first two seasons in the peloton. After participating in each of the past three Tours, Circus–Wanty Gobert miss out on a wildcard berth this time around after losing French talent Guillaume Martin to Cofidis during the off-season.

ASO had invited the same four wildcards for each of the past three seasons, and three of those teams will again be present in 2020. Cofidis, who have competed in every Tour since 1997, secured their berth by earning promotion to the expanded WorldTour for 2019. Total Direct Energie have been ever-present since the team’s foundation as Bonjour in 2000, while Arkéa-Samsic have lined out each July since 2014.

Despite that apparent stability, competition for the wildcard places has become ever more fraught, particularly since ASO had just two discretionary berths at its disposal in 2020 rather than the usual four. Arkéa-Samsic looked to ensure their participation with an ambitious transfer campaign that saw them acquire Quintana, Bouhanni, Dan McLay, Diego Rosa and Winner Anacona.

On Tuesday, ASO also announced that Total Direct Energie have earned selection for Paris-Nice, while Nippo Delko Provence and Arkéa-Samsic have been handed the two other wildcard invitations.

B&B Hotels-Vital Concept, Circus-Wanty Gobert and Arkéa-Samsic have been awarded the wildcard sports at the Critérium du Dauphiné.

The 2020 Tour de France starts a week earlier than normal in order to avoid a clash with the Tokyo Olympics. The Grand Départ takes place in Nice in June 27 and the race concludes in Paris on July 19.