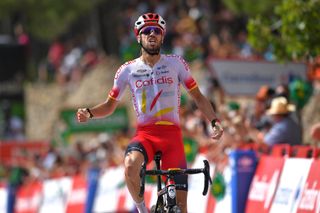 The UCI has confirmed that 19 teams, including Cofidis, Dimension Data and the Israel Cycling Academy takeover of Katusha-Alpecin, have scored enough ranking points to secure places in the 2020 WorldTour. Teams are currently being scrutinized for financial, ethical, administrative and organizational criteria, with a final confirmation of the 2020 WorldTeams expected in November.

With the 2019 road racing season ending after the Tour of Guangxi in China on Tuesday, the UCI has completed the final world team ranking, with Total-Direct Energie the best ranked of the Professional Continental teams. Under recently changed UCI rules, this gives the French team an automatic invitation to all three Grand Tours in 2020. Under the same rule, Total Direct Energie and Wanty-Gobert secure automatic invitations to all the WorldTour Classics.

This rule will limit the number of wild card invitations that race organisers can award, leaving other Professional Continental teams (called ProTeams in 2020), fighting for places in the sport's biggest races. Grand Tour organisers can only offer two wild cards in 2020, with only four wild cards available for the Classics. The teams can turn down some of the automatic invitations if they lack the roster or desire to race, with the slot going to the race organiser as an additional wild card place.

In recent weeks, Dimension Data, Cofidis, Total-Direct Energie, Wanty-Gobert and Corendon-Circus have all been quietly chasing UCI points in races to satisfy the UCI's sporting criterion and so ensure their futures.

Dimension Data had to finish within the top 20 of the UCI's secret three-year team ranking in order to hold onto their place in the top echelon of the sport and did so thanks to points scored at Tour of Guangxi, and perhaps even Michael Valgren's sixth place at the Chrono des Nations.

The African team has been plagued by injury in 2019 and lost Mark Cavendish due to his two-year fight with the Epstein Barr virus, leaving them at the bottom of the WorldTour rankings. A threat of legal action led the UCI to change its rules in February to offer a parachute to existing WorldTour teams like Dimension Data. It was argued that teams were only told a year ago that WorldTour places for 2020 would be decided on ranking points for 2017, 2018 and 2019. Dimension Data had focused on developing African riders rather than chasing ranking points until that point.

Cofidis were racing to finish in the top 18 to ensure they could meet the sporting criterion and so join the WorldTour in 2020.

Total-Direct Energie, Wanty-Gobert and Corendon-Circus were fighting for the best ranked ProTeam spot that would give them automatic places in the Classics and the Grand Tours, with a Tour de France spot the ultimate golden ticket for 2020. It has been suggested that if Mathieu van der Poel had won the World Championships in Yorkshire instead of cracking in the final kilometres, he would have scored enough points to secure Corendon-Circus an automatic invitation to the three 2020 Grand Tours.

When the UCI published the final team ranking for 2019 on Wednesday, Total Direct Energie had a total pf 5152.67 points, with Wanty-Gobert just 84.67 points behind them with 5086 and Corendon-Circus with 4898. Riders score points thanks to their results in races but can also be deducted points for breaking UCI rules.

Wanty-Gobert and Corendon-Circus could decide to demand a recount of the UCI points because independent results and ranking websites have highlighted errors and differences in the points totals. In the past points have been rewarded to the wrong rider or forgotten completely.

Guillaume Martin (Wanty-Gobert) told L'Equipe that the race for ranking points had taken its toll on the rider and teams. He has raced 90 days this season, including the Tour of Guangxi as Wanty-Gobert fought for every possible ranking point. Lilian Calmejane scored some vital points for Total Direct Energie in China but warned the fight for points will come at a price and perhaps leave riders burnt out.

"The end of season goal was to chase points, so we could build a good calendar of races for 2020," he told L'Equipe. "The fight between Arkea, Vital Concept and us for the 2019 wild card was intense. It's close between Wanty and Total Direct Energie… At this rate, our careers are going to end sooner."

The fight for ranking points, places in major races and survival will worsen in the years to come.

The 2020 WorldTour marks the start of a new three-year licence period, with other races gathered together into the so-called ProSeries. UCI President David Lappartient confirmed to Cyclingnews in China that the sport's stakeholders have already agreed to reduce the number of WorldTour teams to 18 in 2023 when the next WorldTour session begins.

Unless a team folds due to a loss of sponsorship, then the team that scores the least points between 2020-2022 will be relegated from the WorldTour.  A loss of WorldTour status often sees sponsors terminate their support and frees riders to leave and join other teams.

Any new sponsor or team wanting to enter men's professional cycling would have to buy out an existing squad, as Israel Cycling Academy are doing with Katusha-Alpecin, in order at the highest level in 2021 or 2022.