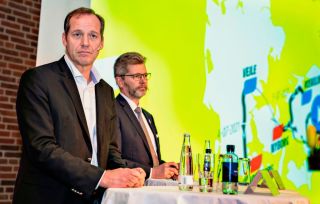 The Grand Départ of the 2021 Tour de France has reportedly been offered to Brittany as clashes with the rescheduled Tokyo Olympic Games and Euro 2020 football championships have led to discussions between race organiser ASO and local authorities in Copenhagen, Denmark, the city set to host the race start.

Last week, the IOC set out its schedule for next year's Olympics, with the cycling road races again set for the first weekend of the event, thus overlapping with the end of the Tour de France. The men's road race, which will take around Mount Fuji, will be held on July 24, the same day as the penultimate stage of the Tour.

In a regular Olympic year, the Tour is typically moved forward to avoid a clash with the Olympics but doing the same in 2021 is complicated by Euro 2020, which was also postponed until next summer due to the COVID-19 pandemic. Copenhagen's Parken Stadium will host group stage games on June 12, 17, 21 and a second-round game on June 28.

Shifting the Tour Grand Départ a week earlier would mean the race visits Denmark on June 25-27, raising questions about the plausibility of organising logistics and security for both events in such close proximity. On Thursday, Breton newspaper Le Télégramme reported that the region of Brittany has now been offered the race start.

Brittany was expected to bid for the Grand Départ for 2024 or 2025, though it now seems as though their plans will be moved up by several years. The race last visited the region in 2018, hosting stages 4, 5 and 6 in Sarzeau, Quimper and the Mûr-de-Bretagne.

The 2021 Tour was set to kick off with a 13km time trial in Copenhagen before two largely flat stages running from Roskilde to Nyborg and Vejle to Sønderborg.

Last month, ASO contacted Danish authorities to request a change of date in an attempt to avoid a conflict with the Olympics. Copenhagen Mayor Frank Jensen, who serves as chairman of the local organising group, confirmed the request, adding that it would be a "big problem" to reschedule the race start.

"I can confirm that we have received a request from the Tour de France management that they would like to discuss the contracted dates they have with us for when the Tour should start Denmark in 2021," Jensen told DR.

"Now that we have mastered the football and settled on the dates, it obviously presents big problems if the dates have to be moved around."

The UCI has reportedly been in contact with the IOC to discuss the possibility of rescheduling the men's road race. Chairman of the Danish Football Union Jesper Møller has said that he would be willing to discuss a rescheduling of Copenhagen's Euro 2020 games, though he added that UEFA's schedule for the tournament is set.

As a result, it looks increasingly likely that Copenhagen will not host the Tour de France next summer. A future Grand Départ in the Danish capital remains a possibility, though no plans for 2021 or beyond have been confirmed by ASO.