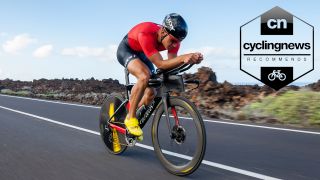 The Wilier road, tri and gravel bike range for 2020 has arrived and will soon be seen on the roads, tracks and dirt trails. Find out what the patriotic Italian bike manufacturer has in store.

Established for over 100 years, Wilier Triestina sees itself as a precious piece of Italian history and the essence of Italian cycling culture. The company was founded by Pietro Dal Molin as a frame manufacturer producing racing bikes based in Trieste, Italy. The name Wilier was chosen as an acronym for the phrase: 'W l’Italia liberata e redenta', where the W is an abbreviation for 'Viva!' (Long live Italy, liberated and redeemed). Later Triestina was added, chosen as patriotic support for Italy and as a protest for the return of Trieste by the Austro-Hungarian empire who had claimed the Italian border town.

Wilier saw growing success with increasing sales as well as race results in the Giro d’Italia and Tour of Flanders. In 1945 Wilier Triestina released a bike in their namesake which was finished in their now trademark copper-like ‘cromovelato’ finish, often named ‘ramato’.

Wilier Triestina suffered a downturn in the 1950s due to the increasing popularity of scooters and motorbikes and subsequently closed its doors in 1952. The brand was revived by the Gastaldello brothers in 1969 and returned to racing 10 years later. Since then it has continued to race successfully and currently supplies bikes for UCI Pro Continental team Direct Energie and new for 2020, the Kazakh WorldTour squad, Astana.

Wilier Triestina is a brand that seeks to meet the demands of each rider so rather than offer a few models at key price points, Wilier has a wide selection of build variations which offer different mixes of wheels and groupsets. Both aluminium and carbon wheelsets are available from either Fulcrum, Miche, Campagnolo or Wilier own branded equipment. Most groupsets are available from Shimano, SRAM and of course Campagnolo.

Beyond the huge selection of component options, Wilier Triestina offers at least a couple of different frame colourways with up to five different standard options for its top-end frames. Of course, it doesn’t stop there, for the full custom experience the Zero SLR, Cento10 NDR and Cento10 Pro can be further customised using the Wilier Infinitamente Tool.

Scroll down to see Cyclingnews’ roundup of Wilier Triestina road, tri and gravel bike range for 2020, available to buy now.

The Wilier Zero series denotes its lightest range and a bike designed to conquer climbs. Launched mid-2019, the Zero SLR differs from the previous Zero range with aerodynamic cues plus increased stiffness and comes equipped with disc brakes.

Despite the aerodynamic truncated tube shapes, Wilier has still managed to pair the Zero SLR down to a feathery sub-800g. This hasn’t been to the detriment of stiffness though and Wilier claims that, by using unique carbon construction, it has been able to increase stiffness by 24% when compared to the previous Zero.7 and Zero.6 models.

Beefed-up asymmetric construction has been used for the forks, chainstays and seatstays. Not only does this support the extra forces created by disc brakes when stopping, but it also counters the effects of pedalling to improve drivetrain efficiency.

The Zero SLR features a one-piece stem and aero bar with full cable integration using Easy-Fit spacers, allowing handlebar adjustments without having to disconnect hydraulic hoses. Mavic Speed Release axles are used to remove both wheels and the frameset will clear a 28mm tyre.

The Cento10 Pro is an aero road bike which Wilier claims has a six per cent improvement in stiffness over the previous Cento10 Air and also offers a more reactive ride quality. Wilier has used ‘aeronautically-derived algorithms’ (NACA) to determine the Cento10 Pro’s Kamm tail tube shapes for the best possible aerodynamic efficiencies and stiffness to help achieve the best performance.

The Cento10 Pro caters for either disc brakes or direct-mount rim brakes and can be specced with or without the Wilier Alabarda integrated bar and stem if buying as a frameset. The Alabarda integrated bar and stem keep cables and hoses hidden, routing them internally through the head tube using a special FSA headset race and steerer tube. The disc-brake version uses 12mm thru-axles and is compatible with 160mm front and 140mm rear rotor sizes. Tyre clearance is improved on the disc brake version, sporting clearance for 30mm rather than 28mm on the quick-release axle rim brake frameset

Wilier describe the Cento10 NDR as a race bike that has a little extra comfort. Ideal for riders who seek a more relaxed riding position or are looking for a fast bike that will be comfortable for long days in the saddle. The Cento10 NDR is designed with a shorter reach and a taller stack than the traditional racing geometries of the Zero SLR and other Cento10 bikes.

Despite the more relaxed positioning, Wilier hasn’t constrained the Cento10 NDR’s race-ready features which sport similar Kamm tail shapes to the Cento10 Pro for better aerodynamic efficiency. For a further improvement to aerodynamics, internal-routing compatible Stemma or Barra carbon cockpit by Wilier can be specced to clean up the cables.

The Kamm-shaped tubes produce a stiff and responsive frame which is where Wilier Actiflex system comes into play. A small aluminium linkage connects the seat stays and seat tube which compresses a techno-polymer rubber dissipater to offer a few millimetres of travel. As the system doesn’t rely on compliancy of the main triangle, the riders reach and stack numbers stay unchanged while riding. The dissipater comes in three different stiffnesses to tune the bike to a rider's weight or terrain.

Interestingly Wilier has developed an interchangeable dropout system making the Cento10 NDR compatible with rim- or disc-brake setups. If you are a steadfast rim-brake fan, the bike can be set up with direct-mount caliper brakes and quick-release skewers (135mm rear axle). For an increase in stopping power the 12mm thru-axle dropouts and direct mount disc calipers (142mm rear axle) can be fitted.

The Cento1 Air is a top seller that benefits from trickle-down technology to bring sharp handling and aerodynamic performance at a lower price point. For 2020, the Cento1 Air is available in either rim or disc for the first time. The disc version has 12mm thru-axles, 160mm/140mm rotors and an asymmetric fork and chainstay to accommodate the extra braking forces.

An endurance road bike with a racy attitude

The Wilier Cento1 NDR is the budget version of the Cento10 NDR which drops the Actiflex damper, instead relying on compliance from bow-shaped carbon tubes to reduce road vibrations. Also missing is the option to spec a Stemma and Barra carbon aero bar and stem as a factory option.

The Cento1 NDR uses a lower-quality carbon than the premium Cento10 NDR but, without the extra load of a suspension system, manages to match it in weight. The same aero tube profiles are used as well to cut through the air efficiently and provide a direct peddling platform. Although billed as an endurance bike the Cento1 NDR still has quite a low riding position and racy handling.

The versatility to run either disc or rim brakes is possible by using an interchangeable dropout system, giving riders the option to spec their favourite stoppers. When running rim brakes tyre clearance is 28mm but can be plumped up to 30mm when running disc brakes.

The GTR Team sits right in the middle of the Wilier road-bike range. Not as aggressive as the out-and-out race and aero road bikes from Wilier but not as relaxed as the NDR endurance bikes. Don’t let the hint of endurance put you off, the GTR’s geometry is not far removed from the Wilier race bikes, with positive handling and stiff acceleration - think of it more as race-lite. Designed for those that are looking for versatility, it’s a bike that can be raced one weekend but is comfortable enough to rack up the miles the next.

Previously only available as a rim-brake option, Wilier now offers the GTR Team in a disc version. The disc model’s geometry has been made slightly more aggressive with a 3mm lower stack, 5mm longer reach, 0.5-degree steeper head angle and seat angle. Both options have clearance for up to 28mm tyres.

Wilier is proud of its history and this is no more evident than in the Superleggera. Available as a frameset only, this steel frame is a tribute to the classic 1945 model that became a cycling icon and a symbol of fine Italian workmanship. Built from Columbus SL tubing, the lugged frames are handcrafted in Italy and finished in the glorious Wilier Ramato copper.

Wilier insists that this is more than a showpiece to be hung on a wall. For those who seek a piece of Eroica, few new bikes can match the history and passion that embodies the Superleggera.

Wilier launched the disc-equipped Turbine in 2018 as its first foray into the triathlon world and, unsurprisingly, this was a significant undertaking by the brand. it focused on four key areas when designing the Turbine; aerodynamics, braking efficiency, a wide range of positions and ease of transportation.

Using Kamm tail airfoil shapes and CFD (Computational Flow Dynamics) software to optimise airflow, the frame was then tested in wind tunnels to put theory into practice. This was combined with integrated hydration and storage options made in partnership with Profile Designs (available separately).

The Profile Design handlebars accommodate a range of pad positions as well as 70mm of height adjustments and 15-degree angle adjustment. Three different seat post designs cater for inline, -25mm layback or a 65mm pushed-forward position. When packing the bike, the base bar can be disconnected without interfering with any cables to make travelling easier.

The Jena takes many design cues from the Wilier road bike ranges and brings them to an off-road format for racing, exploring or bikepacking. Geometry is described as ‘racing-comfort’, the Wilier Cento1 NDR range shares the same description with both featuring similar stack and reach figures. This results in a gravel bike that is on the racier end of the gravel spectrum. While aerodynamics in gravel is no longer new, Wilier use Kamm tail aerodynamics to further enforce the Jena’s need for speed.

Tyre clearance will accommodate 44mm tyres or up to 48mm if you go for a 650b wheel which should be more than enough on most gravel adventures. For multi-day trips, the Jena has standard two bottle cage mounts inside the main triangle, plus bottle cage mounts on the forks for additional hydration options or for fitting a lowrider carrier. There are also mudguard and rear rack mounts for additional versatility.