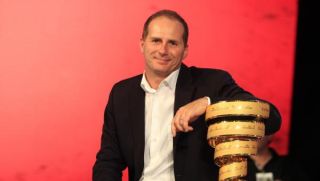 After six years of investigations and drawn-out court hearings, Michele Acquarone was cleared of fraud by an Italian court in September, ending a personal nightmare for the former director of the Giro d'Italia  that left him as a pariah from professional cycling.

Former company accountant Laura Bertinotti was given an eight-year sentence for the massive misappropriation of funds, but the reported 17 million Euro that was gradually drained from RCS Sport bank accounts between 2006 and 2013 has never been recovered.

Acquarone was dismissed by RCS Media Group – the parent company of RCS Sport that organises the Giro d'Italia – in December 2013 before the investigation even began. He lost a wrongful dismissal case and became the public scapegoat for what happened. Acquarone always insisted he was innocent but eventually gave up a public battle against one of the biggest and most powerful media companies in Italy.

Acquarone fighting to save his reputation after Giro d'Italia dismissal

Acquarone vents his anger after being fired by RCS Sport

Acquarone could be angry about what happened and how his family struggled financially as he tried to rebuild his reputation and career. Instead he tells Cyclingnews he is twice as happy as he was. Adversity and a fight for his reputation gave Acquarone a different outlook on life.

"I was kicked out like a thief and people thought I'd been involved too. That hurt. But now everyone knows I was innocent and that makes me feel happy and proud. It's a great feeling when a judge says in court that you are innocent, it's uplifting," Acquarone tells Cyclingnews.

"After everything that happened I've come to two simple conclusions. The first is that I'm alive. That seems crazy or very simple but it's true. I consider myself very lucky and now don’t want to waste a minute of my life. My mind sometimes goes back to what happened and what I lost but I've managed to shake that off and look to the future. I don’t want any kind of vendetta.

"I've also learnt to enjoy the small things in life with my family instead of thinking about the next exotic holiday or object of desire. I've started to live in the present. Now I everything I do in life, from the moment I wake up, I savour. That's why I'm twice as happy."

From innovator to scapegoat

Acquarone became the head of RCS Sport in 2008 and took over from Angelo Zomegnan as the director of the Giro d'Italia in 2011. He had no links to cycling and brought a breath of fresh air to professional cycling.

Unshackled from a history in the sport, Acquarone was not afraid to question traditions and the status quo. He began to modernize the image of the Giro d'Italia and used the increased revenue to entice riders and teams to the race. He also pushed for better television standards and was not afraid to take the Giro d'Italia Grande Partenza to Denmark and Ireland and create the Dubai Tour in the Middle East.

Despite his dislike of politics, some people believe Acquarone could have been a good UCI President. Instead, just a few weeks in late 2013, he went from being a successful manager and innovator to being a whistleblower, to then suddenly a persona non grata, and ultimately a scapegoat.

"It was a nightmare," Acquarone tells Cyclingnews; briefly going back over the early events to explain how he realised he had to fight for his future and personal happiness.

"When you tell your company's legal team that there's something wrong, as a kind of whistleblower, then the next day they suddenly throw you out of the door, the roof falls in on your world.

"It was a personal tragedy because my reputation was damaged. I was stabbed in the back and nobody would speak to me or believe me. I tried to fight things and spoke out but I realised I had to accept that the whole process would take time before I could clear my name. I realised I had to start living again because if I'd become obsessed about the whole case, I'd have suffocated under it all. Since then I've learnt to live with what happened."

Acquarone was treated as a pariah, in the business world of cycling and the business world in Milan. He struggled to find a job and a lack of income forced him to dramatically change his lifestyle. It also taught him what is important in life.

"I had three young children and my family to look after but I didn’t have a job and I used up my savings to pay for my lawyers. The only thing I could do was reinvent myself and start all over again. I accepted I couldn’t work in cycling or sport again, so I rolled up my sleeves and tried to start a new career," Acquarone explains.

"Fortunately I realised you don't need money in life to be happy. We didn’t have a car for a while so we had to use public transport but it wasn't a problem. We couldn't afford to all go to the movies so we stayed at home and read books together. What we went through as a family taught me a lot; that happiness is something inside you, it doesn't depend on your wealth or status."

Acquarone eventually found employment with an art auction company in Milan and is now the Chief Revenue Officer for D-Share, a software solutions and digital content distribution company that helps modernise media brands. He still follows cycling with interest and can still sees its intrinsic problems. He does not, however, rule out one day returning to the sport.

"I'd be nice to one day to return to the world of cycling but there's no problem if it doesn't happen. I've learnt to be happy with what I have," he says.