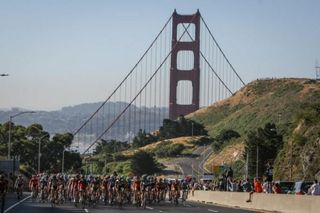 The loss of the Amgen Tour of California as the USA's only WorldTour race struck a major blow to cycling in North America, with the cornerstone event going on a hiatus for 2020.

The Tour of California was the country's most enduring, innovative and spectacular major race and provided numerous memorable moments.

Over the 14 editions, the Tour of California elevated the status of budding stars like Peter Sagan, Julian Alaphilippe, Tadej Pogačar and Egan Bernal. It introduced established riders like Mark Cavendish, Tom Boonen, Michael Rogers and Bradley Wiggins to American fans. The race also showcased the state's incredible scenery - from the soaring heights of the Sierras to the vast beaches of its Pacific coast - and iconic man-made structures like the Golden Gate Bridge, the Bixby Bridge and Coit Tower.

It also encapsulated modern American cycling history – starting just after the retirement of Lance Armstrong, highlighting his contemporaries: Levi Leipheimer, Floyd Landis, David Zabriskie, and George Hincapie, and the riders who were tasked with rebuilding the reputation of the sport following those riders' confessions to doping. Those included Tejay van Garderen, Taylor Phinney, Tyler Farrar, Peter Stetina, Chad Haga, Joe Dombrowski, and a host of Continental riders who lit up the race.

Most importantly, it gave American fans a race of their own on the highest stage - it proved that the country could produce a competition on par with the traditional European races. It put US cycling on the map.

Cyclingnews looks back at the highs and lows of the Tour of California since its inception in 2006.

Next Page The rise of Sagan
Cyclingnews Newsletter