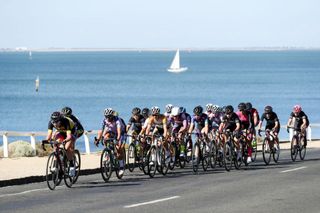 Amanda Spratt won what was the opening round of the Lexus Blackburn Bay Crits in 2019 on the 1.9km Eastern Gardens circuit, winning solo, 36 seconds ahead of national criterium champion Rebecca Wiasek and Shannon McCurley.

Wiasek (Novotel-Mitchelton) and Spratt (Lexus of Blackburn) both return in 2020, and are likely to be the riders to beat on not only this course, but in the series as a whole.

The Eastern Gardens course has shifted to become the second race of the three-race series this season, and takes the riders up and down the Eastern Park Circuit road and stunning Hearne Parade on the edge of Geelong's Stingaree Bay in an anti-clockwise direction on Saturday evening, inviting breakaways thanks to its longer length, which will have to elicit a chase from whoever has the leader's jersey after the opening round on Ritchie Boulevard on Friday.