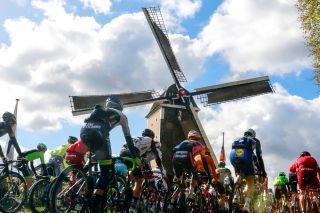 The Virtual Amstel Gold Race will take place on the same BKool platform that hosted the Virtual Tour of Flanders and will take in 26 kilometres of the real-life race. The climbs of Kruisberg, Eyserbosweg, Fromberg, Keutenberg and Cauberg will all be included.

Rather than a straight race among professionals, however, as the Virtual Tour of Flanders was, the Virtual Amstel Gold Race will be open to regular riders as well as the pros.

"We've done everything we can to make the Amstel Gold Race weekend continue in an alternative way," race director Leo van Vliet told Wielerflits. "With the Virtual Amstel Gold Race, we focus on everyone who wants to take up the challenge, both touring cyclists and pro riders.

"Fans can also enjoy themselves – in short, it's exactly what the Amstel Gold Race weekend is meant for."

Three start times will be available on Sunday, with options to ride at 11am, noon or 1pm (all CET). BKool, meanwhile, offers a 30-day free trial, so prospective riders can sign up and ride the Virtual Amstel Gold Race without having to pay.

"It won't be a competition, it'll be a joint bike ride," said Van Vliet. "We have chosen a course of 26 kilometres – it's not too long but it's a challenge, for sure, because the vicious climbs from the final of Amstel Gold Race are all there. A number of pro riders have agreed [to take part] and the initiative is supported by the Dutch National Lottery's Oranje Peloton."

It has not yet been announced which pro riders will take part in the ride, though some big names should be expected after the success of the Virtual Tour of Flanders. The race was won by Greg Van Avermaet, while other star names that took part included Remco Evenepoel, Michael Matthews and Wout Van Aert.