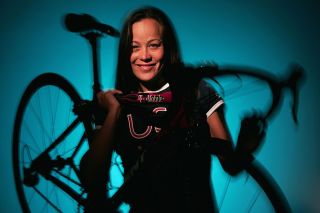 Holden will oversee USA Cycling's women's road cycling programs from the development athletes through the USA Cycling National Team, according to an announcement today from the US governing body.

"Mari's experience as an elite athlete and team director will allow USA Cycling to create new support mechanisms for the next generation of great American cyclists," said Scott Schnitzspahn, USA Cycling vice president of Elite Athletics. "Mari's appointment underscores our commitment to excellence and results as we focus our women's program on the Tokyo 2020 Olympics and beyond."

Holden's own racing career includes a silver medal in the time trial at the 2000 Olympic games, a world championship time trial title in 2000, and six US national championships. She rode professionally starting in 1999 with Acca Due O–Lorena Camicie before moving to Timex, Alfa Lum, Cannondale and T-Mobile from 2003 through 2006.

"As someone who has worn the US national team kit and has spent years developing US Olympic Hopefuls, I am honoured to be part of the team behind the team," Holden said. "My years with Sho-Air Twenty20 have fed my desire to do more in the sport I love. I look forward to working with our talented women and helping them develop into champions."