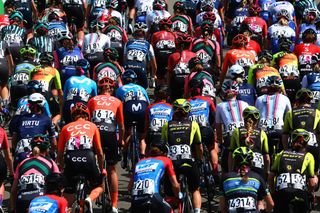 The Cyclists' Alliance (TCA), the de facto union for women's cycling, has landed a grant from Rapha Foundation that amounts to $75,000 in funding. The association said that it will use the funds to help deliver a new seven-point plan to revolutionise the compensation and culture of professional women's cycling.

"Cycling is one of the toughest sports in the world, but before considering the finish line, even the most talented and determined riders in the world must focus on just reaching the start line safely," TCA founder Iris Slappendel said in a press announcement.

"Low salaries, routine mistreatment and sexual discrimination all hinder progress in our sport - but through our new strategy and the Rapha Foundation support, we will be able to make true change across the sport for our members."

The Cyclists' Alliance: The de facto union for women's cycling

The Rapha Foundation, according to its website, was set up to build a better future for the sport of cycling by inspiring, empowering and supporting the next generation of racers.

Applicants must be able to demonstrate their alignment with the mission and vision of the Rapha Foundation, as well as their broader commitment to advancing cycling within their work.

Rapha Foundation announced Thursday the four recipients for a total $750,000 in grants that also included the Rayner Foundation, Helen100, and the Herne Hill Velodrome Trust.

In just 18 months, the association expanded to offer services to improve career opportunities, advocate for fairness and equality, resolve disputes, and to support and elevate the popularity of the sport.

The association currently supports upwards of 120 members and some 150 competing cyclists (some who are not officially members).

TCA member research carried out in 2019 revealed that 61 per cent of female cyclists earned less than €15,000 per annum; 84 per cent of riders sign a contract without any legal assistance; and 51 per cent have had to reimburse their own team for standard services like mechanical assistance, medical testing or travel costs to races.

This year, the UCI implemented new rules that required top-tier Women's WorldTeams to pay riders a a minimum salary of €15,000 (employed) or €24,600 (self-employed), along with social insurances and benefits such as maternity leave. However, there are only eight teams in this top tier. There are an additional 43 second-tier Continental teams that are not obliged to pay riders a salary.

TCA is reliant solely on donations and member subscriptions, and in fact, an 18-month report published last year showed that it ran off of a surprisingly low annual budget of €7,631. However, its annual expenses were only €1,196 and the remaining funds of €6,435 were set aside as equity to use for unexpected legal costs, travel and accommodation.

Multiple world champion Marianne Vos, who currently races for CCC-Liv, is a member of TCA Rider Council. She believes that the association is improving and elevating women's professional cycling.

"Women’s cycling needs The Cyclists’ Alliance to support riders and elevate the sport to a higher level," Vos said. "I dream of making cycling more accessible for women, creating better opportunities for aspiring athletes. I want to take the best from both the men’s and women’s world of cycling and create a platform from which the dreams of every aspiring cyclist can be launched."

TCA stated in its announcement that it has the set aim of delivering a safe and stable working environment for 100 per cent of professional female cyclists - and will use the Rapha Foundation funding to provide holistic support both during and after their careers.

"Rapha is committed to promoting women’s cycling and making it more accessible and we are delighted to support The Cyclists’ Alliance and the great work they do," said Simon Mottram, Chief Executive, Rapha.

"Women’s cycling is growing but racers still face many more hurdles than male riders. Working with The Cyclists’ Alliance, we hope that we can help to even things up for women cyclists in the future.”

TCA will used the funds toward a seven-point plan that intends to advocate for the national and international governing bodies of cycling to implement the following minimum standards.