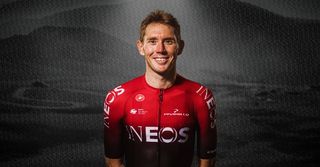 Team Ineos has announced the signing of triathlete Cameron Wurf, the 36-year-old Australian who last raced professionally on the road in early 2015.

The move follows swiftly after Vasil Kiryienka's retirement due to a recurring cardiac issue, which opened up a place on the British team's roster. Wurf, who raced for Fuji-Servetto, Androni Giocattoli and Cannondale during his earlier road career, has competed in Ironman triathlons since leaving road racing.

Wurf, who will make his debut with the team at Saturday's Cadel Evans Great Road Race in Australia, has often trained with his new team since 2017. He has regularly ridden with Chris Froome and Geraint Thomas, and joined the Welshman and several other Team Ineos riders on his 309km lap of Mallorca last month.

His signing with Team Ineos is an evolution on what he's been doing for the past several years, Wurf said, adding that he'll take on domestique duties during the road season.

"We've tried a number of different approaches to my training and racing over the past few years and I've been getting better and faster as a result," said Wurf.

"This is an evolution of that approach. Since I've been competing in Ironman, everyone has started riding a lot faster, but they're also still running just as fast. This move will allow me to stay on the front foot because the bike is my strongest discipline."

"I'm focused on Kona [Ironman] in October but there's also an opportunity to be of use to the team when needed before that. I know lots of people in the team and have trained with many of the riders, and I feel like I fit in with the culture here.

"This is an organisation I've dreamt of being part of since it started and it's amazing to officially pull on the colours. I am really excited and proud to represent Team Ineos."

Highlights of Wurf's previous stint on the road included second overall at the Tour of Qinghai Lake in 2012 and the Herald Sun Tour in 2014. He also completed two editions of the Giro d'Italia, and one of the Vuelta a España.

Team Ineos head coach Tim Kerrison has worked with Wurf since 2017, coaching the Australian to an uptick in results at the Ironman World Championships during that time. Wurf has improved year-on-year, finishing 17th in 2017, ninth in 2018 and fifth last year.

He'll compete in the race again this season, with the first part of the season focussed on Team Ineos before switching to concentrate on the Ironman Worlds in October.

"Cameron will be joining the team to continue to pursue his Ironman career. The combination of his physical strength and versatility on the bike, his flexible schedule, and past experience racing at WorldTour level makes this an interesting and unique proposition for the team and for Cameron," said Kerrison.

"For the first part of the season he will be always ready and available to race as required, while for the months leading into Kona his focus will shift back to Ironman, with the aim of improving on last year's fifth place with the full support of the team.

"For the past three years he has been supported by many of our main sponsors – Pinarello, Kask, Castelli, Fizik, and often trained with our riders. He has developed into one of the top performing and most consistent Ironman triathletes in the world."