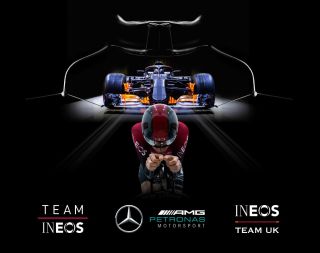 Team Ineos have responded to Bahrain's link-up with McLaren, announcing a collaboration with the Mercedes-AMG Petronas Motorsport Formula 1 team.

The deal will see the teams work together to develop and implement innovations in areas such as engineering, human science, simulation and data analysis. Mercedes-AMG Petronas Motorsport will also work with the Ineos Team UK sailing team that will compete in the next America's Cup.

McLaren is controlled by the Mumtalakat Bahrain sovereign wealth fund and has taken a 50 per cent stake in the WorldTour cycling team to bolster its budget and chances of Tour de France success. The McLaren company includes the McLaren Formula 1 racing team, a sports car brand and applied sciences brand to help improve performance in different sectors, including the cycling team. Bahrain-McLaren have brought in Rod Ellingworth, the former Head of Performance at Team Ineos, as team manager.

Team Ineos' collaboration with Mercedes-AMG Petronas Motorsport aims to do something similar, raising the stakes in the battle to be pro cycling's best super team.

Mercedes-AMG Petronas Motorsport is a German team but is based in Brackley, in central England. Mercedes-AMG Petronas Motorsport have won the drivers' and constructors' F1 Championship with British driver Lewis Hamilton leading the success. Team Ineos won the Tour de France with Egan Bernal after taking over sponsorship of the squad from Sky in 2019.

Team Ineos explained in a carefully crafted announcement that all three teams will work together through the Mercedes-Benz Applied Science (MBAS) group, which was established "to blend the pioneering spirit of racing with the best insights from science and technology." This will apparently focus on aerodynamics and the manufacturing capability around key components.

"The collaboration is founded on three core principles – a shared belief that no limits should be placed on what is possible in human performance; a desire for the technical excellence and winning cultures of each team to be shared so all three partners benefit; and a belief that the best technical support enables great athletes to create the greatest racing moments," Team Ineos claimed.

"At the very heart of these three great teams lies a shared passion for racing, for winning and creating great sporting moments. Our unrelenting determination to drive, sail and pedal faster and outwit the ever-improving competition will benefit hugely from this partnership," team manager Dave Brailsford said.

"We can cross-pollinate our collective knowledge in science, technology, human performance and racing strategy to create even stronger winning environments.

"It is massively exciting to be working with such brilliant and successful people in other sports – led by Mercedes the best team in F1 – and we can’t wait to get started and be greater together."

Team Ineos said a technical steering committee would be formed to identify potential areas of performance gain and allocate resource from the Mercedes-Benz Applied Science design and engineering teams, and embed engineers and specialists within the INEOS cycling and sailing teams.

"The technological demands of Formula 1 mean we are well-placed to support with advanced technical challenges in specific areas of sailing and cycling, with a particular focus on aerodynamics and the manufacturing capability around key components," Toto Wolff explained.

“When Sir Jim Ratcliffe approached us with the concept of bringing together the three organisations, all with proven track records of excellence and high ambitions for the future, we immediately saw the opportunity to grow and diversify our business – and to learn from some of the most successful teams in world sport. We are very excited about this agreement’s potential in the months and years ahead."

We’re excited to be part of a new performance partnership between @MercedesAMGF1 and @INEOS to help drive performance levels higher on the track, road and sea.📝 https://t.co/DYNs6WB3n7 pic.twitter.com/vefmLkuYE5December 18, 2019