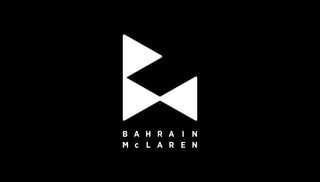 The Bahrain-Merida team have confirmed that they will race as Team Bahrain McLaren in 2020 as they continue to transform following McLaren's involvement in the team. This winter also saw the departure of Vincenzo Nibali to Trek-Segafredo and the arrival of new team manager Rod Ellingworth.

On Wednesday, the team unveiled a new black logo and confirmed that Merida is stepping back as a primary partner but would continue as their official bike supplier.

"As Bahrain-Merida, the team quickly established its credentials in the most elite form of road racing – the UCI WorldTour – becoming the only team ever to score a Grand Tour podium in its debut year, and most recently winning two stages of this year’s Tour de France. As Bahrain McLaren we are excited to build on that legacy, and to work with a variety of technical partners, including Merida, to write a new chapter of success.

"McLaren’s racing pedigree is founded on decades of performance in the most technologically advanced sport in the world. We now look forward to applying this knowledge to elite cycling, for the benefit of our riders, our partners and fans of this exciting and rapidly growing sport. We are confident that professional cycling is entering a great new era, an era in which passion and technology will combine to unleash exciting new possibilities. This is what Team Bahrain McLaren is all about."

The team's new additions make up for a number of losses in the transfer season. In addition to Nibali, the team fired Rohan Dennis for prematurely quitting the Tour de France. It also had two riders named in connection to the Operation Aderlass blood doping ring, Slovenians Kristijan Koren and Borut Božič. Both Koren and Božič, who retired in 2018 and stayed on as a directeur sportif, were given two-year bans, and the team fired them.

2020 will be a chance for the team to reinvent itself after this year's troubles, with Ellingworth leading the way.

Eržen keeps a low profile and has changed his job title at Bahrain-Merida several times after the UCI insisted that he hold a team staff license. He had a class 8 UCI staff license – the lowest of the UCI categories – in 2019 but he is considered the de facto boss of the team due to his close links to Prince Nasser bin Hamad Al Khalifa. He helped the prince train for a triathlon and has worked closely with the prince in training his horses.

"This moment marks an exciting new phase in the history of our team. We’re incredibly proud of what we have achieved as Bahrain-Merida, and delighted that we can now combine that experience with our joint venture partner McLaren, to innovate together in this great sport," Eržen said in the team's announcement.

"Our new name, Bahrain McLaren, reflects the new partnership and the whole team, from riders to staff, is looking forward to representing our new team brand. We are certain that the new partnership will bring fresh motivation and accelerate the team’s ambitions to compete at the top. McLaren will contribute greatly to optimizing technology, managing human high performance and developing strategic marketing and communication activities with the goal of building a lasting and successful brand in pro cycling.

"To achieve this, we have optimized not only our 28-rider line-up, but also our management structure. Joining us on our exciting journey is John Allert as Joint Managing Director, Rod Ellingworth as Team Principal, Roger Hammond as Performance Director and Charlie Pym as Marketing Director, as well as numerous talented additions to our teams in Medicine, Therapy, Sports Direction, Coaching, Nutrition, and Mechanical Services."