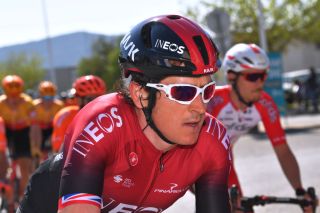 With just over two months to go until the proposed start of the postponed 2020 Tour de France, the two teams that on paper have the strongest line-ups – Team Ineos with the last three winners of the race in Egan Bernal, Geraint Thomas and Chris Froome, and Jumbo-Visma, who will also take three leaders to the race in the shape of Primoz Roglic, Tom Dumoulin and Steven Kruijswijk – are both looking for the ideal build-up to the start of La Grande Boucle in Nice on August 29.

In separate interviews with Team Ineos sports director Servais Knaven and Jumbo-Visma directeur sportif Merijn Zeeman, the Dutch public broadcaster NOS reports that the British WorldTour team is hoping to have an altitude training camp somewhere in Spain in July, while Jumbo-Visma have already secured a base in Tignes, in the French Alps, which ensures that they're already in France should there be any further problems crossing international borders as a result of the COVID-19 virus.

Speaking with NOS.nl on Sunday, Zeeman explained that the choice to rent two houses in Tignes was a calculated one.

"It's so that we can travel there by car, it's great for training, and it's somewhere where we can be as secluded as possible," he said. "We'll have plenty of space, and we don't have to be in a hotel.

"It's a combination of sporting reasons and corona measures that go with it," added Zeeman. "It's up to us to be as prepared as possible for a number of circumstances."

Roglic gets the better of Pogacar to claim Slovenian National Championship

Until this weekend, none of the team's three leaders had turned a pedal in anger during the shortened 2020 racing season, but 2019 Vuelta a España winner Roglic raced to victory at the Slovenian National Championships road race on Sunday, which will ensure that the 30-year-old will be in the national champion's jersey for the Tour.

At Team Ineos, meanwhile, Thomas, Froome and Bernal have all already raced in 2020 – at the Volta ao Algarve, the UAE Tour and the Tour Colombia 2.1, respectively, while Bernal also raced at his national championships, which took place in Colombia early in the year.

While Froome and Thomas are already in Europe, defending Tour champion Bernal remains in Colombia, and is expected to return to Europe in July.

"The plan is to see if we can get somewhere in Spain in July," Knaven said of an altitude camp for his riders. "Preferably you go to a place where you have been going for years, as then you know what you're getting, and you know the roads for training.

Geraint Thomas: Riders could blow up in final week of Tour de France

"The last thing you want is to go somewhere you have never been before," he added, with riders such as Thomas and Froome – and, before them, 2012 Tour de France champion Bradley Wiggins – having in the past favoured the Parador hotel at the top of the climb of Mount Teide on the Spanish island of Tenerife.

According to NOS, the Team Ineos riders have already been in serious training since the start of May.

"It was very variable," said Knaven of his riders' differing abilities to train during the height of the pandemic, dependent on their location. "In the UK, everyone could just keep riding, but that wasn't the case in Colombia for a while, and again in France and Spain, which were locked down for a while so that riders were not allowed to go outside. Of course, it's had a significant impact [on training]."

At Jumbo-Visma, focused training has only been the order of the day since the start of June.

"In the months before, we remained physically and mentally fit; we wanted to keep our mental energy," Zeeman explained. "Since June 1, we have been fully engaged in training, nutrition, testing – everything that is important to us. We are now in the middle of it."

Due to injury, new Jumbo-Visma signing Dumoulin hasn't raced since the 2019 Critérium du Dauphiné – over a year ago – while Kruijswijk will arrive at the Tour hoping to improve on his third place of last year, behind Bernal and Thomas.

"I think that the hunger has only increased," said Zeeman. "Everyone will have the jitters when they start racing again."