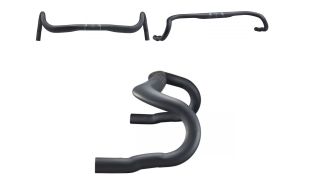 Ritchey has released an even wider version of its VentureMax drop handlebar.

Tom Ritchey’s eponymous component company has always been a strong supporter of gravel biking. The American cycling legend is known for his daily exploration rides of northern California’s best gravel routes and therefore this new VentureMax XL handlebar is a natural product evolution.

All the brand’s components are still tested and prototyped by Tom Ritchey himself and the VentureMax XL is designed to provide superior control and leveraged steering input, on gravel surfaces.

With its VentureMax range, Ritchey has attempted to transition away from a legacy road influence of gravel bike component design. This new XL version of the VentureMax is testament to that.

Shaped from 7050 triple-butted aluminium, Ritchey’s VentureMax XL measures 520mm across the top and 647mm overall, taking into account the handlebar’s entire flare-out structure. That might sound like too much handlebar for most, but Ritchey believes gravel riders are discovering that their requirements are different to other disciplines and growing more confident with the concept of wider handlebars.

The VentureMax XL also features 75mm of reach and a 102mm drop, which flares out at 6-degrees. An interesting feature of the handlebar’s drop shaping are Ritchey’s bio-bends, which provide a short straight platform for your hands to settle onto.

Ritchey claims a 325g total weight for the VentureMax XL and its clamping diameter of 31.8mm means you should have no issue homing some of your favourite handlebar accessories.

Pricing for the Ritchey VentureMax XL is £95.00