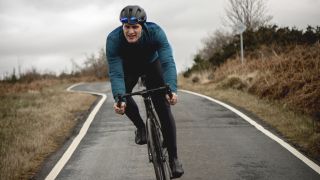 Endura has announced that renowned German sprinter and ex-pro Marcel Kittel will join as a brand ambassador. Kittel will bring a wealth of riding and race-winning insight and feedback that Endura will be able to utilise when developing its Pro SL, FS260-Pro and now-UCI-banned D2Z range.

Kittel retired from professional racing back in August 2019 stating that the overwhelming pressure and constant travel was taking its toll on his quality of life. At the end of 2019, Endura announced its departure from the WorldTour, citing the limitations on technology enforced by the UCI as the reasoning behind finishing a successful partnership with Movistar.

Kittel to decide his future after the Tour de France

While Kittel may not have any desire to involve himself in future competition, he wasn't ready to completely depart from the sport.

“It's a good coincidence and I think that’s also the connection," Kittel said. "For me now, it’s not relevant anymore to be competitive for myself. I want to focus on the enjoyment of cycling.”

This meeting of minds has brought the two together with the aim of creating clothing and equipment that can exceed the limitations enforced by regulatory bodies. Kittel says that he is excited for the possibilities in garment advances that the partnership will bring.

“Cycling is sometimes so conservative, I have the feeling that they don’t realise how important progression is to develop the sport and that progression comes from training, science, nutrition and equipment," Kittel said. "That technology is so important to have and every rider should be thankful for this opportunity to get new stuff to test and develop to make us better, faster and safer.”

Endura has become a top name for producing cycling gear that seeks to place function and rider performance as its core values. Born in Scotland, Endura has always had a leaning towards creating performance clothing for the hardcore roadie and all-weather mountain bike riders.

“Where should the power lie? Not some authoritarian world power that tells all cyclists what to do, but with what cyclists want to do," McFarlane stated. "We should be a reflection of that rather than dictating. I don't want to say we, the industry and the governing body. It ought to be demand-driven. We ultimately need there to be enablers for people to have a good time and give them the best thing for doing that rather than them having to follow some pre-defined restrictions that are put in place on having fun.”

This announcement comes as Endura launches an updated version of their successful Pro SL bib shorts at a press event on the Argyll coast in the west of Scotland.

The new bib shorts feature refinements over the previous model with an updated 700 series pad and new multi-panel construction with redesigned straps. Cyclingnews was lucky enough to get a pair to try and will be reporting back once we have had some more saddle time in them.