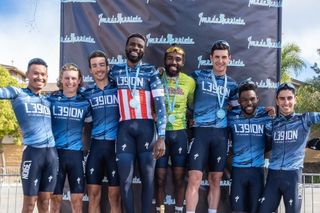 Justin Williams, founder of Legion of Los Angeles, has launched a new podcast - From The Gun With Legion - with the first episode addressing the two-part ESPN 30 for 30 Lance Armstrong documentary titled LANCE.

The first part of the documentary film was aired on May 25, and part two followed on June 1.

Williams noted several takeaways from the documentary that included Armstrong's struggle to find a team to race for after his recovery from cancer and then his move to US Postal, along with how performance-enhancing drug use was part of the culture of cycling in that generation.

"Lance somehow found a way to still be the most relevant thing in cycling, at least in American culture," Williams said of the documentary.

"The [American] guys that make it over to Europe ... it's so hard, and they're coming into a place where they feel like they don't belong. I ended up not wanting to go back to Europe [racing] because of the way I felt like Americans were treated. Of course, that's not everyone because there are amazing riders out there and amazing people, and a lot of guys at the top were really good guys, for the most part, " Williams said.

He ended his podcast by addressing the rumors of four-time Tour de France winner Chris Froome leaving Team Ineos, and what the French Grand Tour might look like with Froome racing on another squad.

Legion of Los Angeles is an American elite cycling team launched with an initiative to increase diversity and inclusion with in the sport. The team set up the GoFundMe page - Pride of the People - L39ION of Los Angeles - which has reached almost $100,000. The team has a five-point plan on how to use those funds including supporting junior programs and riders through grants, talent camps, and equipment needs.

Williams featured in the top-10 of Cyclingnews recently published The Power List: The 50 most influential people in cycling for his work in creating a more diverse sport.

Discussing Lances 30 for 30 and the perspective that it gives. Addressing rumors of Chris Froome leaving Ineos and what a Tour with him on another squad could look like. Justin Williams