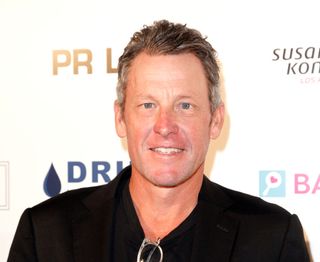 The film will only be aired in the USA on sports network ESPN, but for Americans abroad it will be possible to view if you have a subscription to the network. It's quick and easy to sign up to ExpressVPN to simulate being back in your home country, giving you access to ESPN as well as other US television and streaming services while out of the country.

"My truth is the way I remember it," Lance Armstrong says at the beginning of LANCE, Marina Zenovich's compelling new film, part of ESPN's 30 for 30 series. Maybe Armstrong should also remember what legendary Hollywood producer Robert Evans once said: "There are three sides to every story: your side, my side and the truth. Memories shared serve each differently."

The memories on show here are not good ones.

This is a film about cruelty and secrets, with a streak of cold rage running through it, bookended by scenes of a ranting Armstrong, chilling even to those who've known him for most of his adult life. According to various sources, Armstrong was not best pleased with his portrayal in the film. As the story unwinds, it's easy to see why.

Within moments of the film starting, he's leaning into the lens, middle finger raised, bellowing "Fuck You!" He's telling a story about how a group of drinkers turned on him and how he turned the other cheek and paid for their night out, but the expletives come a little too readily and you can't help but wonder who he's really addressing. Zenovich? The audience? The world?

Zenovich's painstakingly researched film, shot in multiple locations and over many months, is a definitive dissection of a man who remains disassociated from himself and from his actions, that builds steadily to reveal the pool of bitterness that the former Tour de France winner still swims in.

The legend of Lance is a grand American tragedy that wouldn't disgrace a James Ellroy novel. There's the abusive childhood, the raging ambition, the celebrity status, the women, the money and, in the shadows, the bullying, and threats, the litany of wrecked lives and the constant whiff of disaster and death hovering over his sport. Zenovich captures all of this in her film.

In the end, it's not the doping that shocks — we have all grown used to that by now — but the insight into a life forged through anger and brutalisation, that was so easily packaged up in 'never give up' sporting swagger, patriotism, charitable do-gooding and corporate greed.

So, where does all that brute anger come from? Well, meet the monstrous Terry Armstrong, Lance's dead-eyed stepdad. His appearance in the film may be brief but it's telling.

"Lance would not be the champion he is today without me," Terry smiles, coldly. "I drove him like an animal."

"He beat the shit out of me," Lance says, looking appalled at the memory.

In time, the abused became the abuser, breaking the rules even as a teenager. "Forge the birth certificate, compete illegally, then beat everybody," Lance says of his early forays into triathlon.

Zenovich captures the brewing rage of his adolescent years well, interviewing those who were there and teasing out a portrait of a phenomenal athlete who quickly learns to see others as rungs on the ladder to success.

Much of the film focusses on where Armstrong is now. Initially, his life, post Oprah, appears calmer. Yet at times, Armstrong is so self-aggrandising that he's almost Trumpian. "I am relevant," he says defiantly, then repeats it to himself, just to make sure. "I am."

And when he mulls oddly over his name, you wonder how disassociated from himself the myth has made him. "Lance Armstrong," he says. "I like the name," as if it's a stage name, invented by an agent or a brand manager, rather than his own.

Throughout the film, people are characterised either as 'pussies' or as 'badass.' Even now, Armstrong, it seems, only has empathy for those whose experience he has shared — fellow 'badass' athletes, ex-dopers 'destroyed' by the media, and the legions of cancer sufferers who crossed his path.

Yet when it comes to the suffering and humiliation he inflicted on those who told the truth and testified against him, or those whose careers and reputations he did his best to annihilate, there is almost nothing. He remains unmoved.

He rages over the fate of Marco Pantani and sheds tears for Jan Ullrich's predicament, yet has none for Emma O'Reilly, Christophe Bassons, Fillippo Simeoni, or Betsy and Frankie Andreu, the 'little people,' whose lives were so crushed by his ambition.

Most brutal of all is the loathing for Floyd Landis. "Hey, it could be worse," Armstrong says. "I could be Floyd Landis, waking up a piece of shit every day."

Screened over two episodes (ESPN on May 24 and 31) you need to be intrigued by both Armstrong and the story to fully engage with this film, but like Stop at Nothing, the earlier BBC Storyville programme, it makes for both fascinating and grim viewing. You are also left wondering, perhaps for the umpteenth time, just how on earth he and his entourage got away with it all for so long.

What hellish place was professional cycling in during his reign that Armstrong could exert such control for so long? How pitiful was anti-doping if he passed every test and it took so many whistleblowers to bring him down? Those who looked the other way, colluded with him or who encouraged his appalling behaviour, in pursuit of wealth and power, should forever hang their heads in shame.

Throughout the film, there are many glimpses of the bone-headedness and rage that served him so well as an athlete, but that also proved to be his downfall as a human being. Ultimately, Zenovich's lens, like his mistaken comeback to cycling in 2009, is unforgiving. Mid-life Lance appears a sad figure, unable to escape his past, however hard he tries.