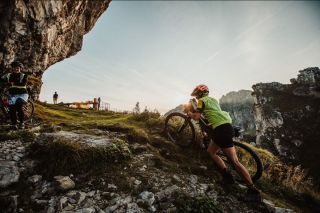 In just its fourth year, the Italian-based Jeroboan Gravel Series will grow to seven races including stops in Italy, Costa Rica, Greece, Japan, Spain and Austria.

The Jeroboam Bike Festival began in 2017 in the Italian Franciacorta region of Lombardy and quickly grew in popularity and scope. The race added more events in 2019 – in Austria, Greece and Spain – and will grow to seven in 2020 with additional races in Japan and Costa Rica.

Blending gravel routes of 300km, 150km and 75km with a "family atmosphere", the races have captured the imagination of the gravel community. The 300km route in Franciacorta is arguably the world’s toughest, featuring rough, rocky surfaces and 7,000 metres of elevation gain. The route takes riders anywhere from 20-40 hours to complete. The Jeroboam Italy Dolomites route, however, with as much as 10,000 metres of climbing for the 300km course, is rising quickly as a significant challenger to the title of toughest.

Organisers say routes for the expanding series are expected to vary, highlighting the diverse regions of each event. The Costa Rican route that runs through the entire Nicoya peninsula will be relatively gentle with 3,000 metres of climbing on the 300km course.

The 2020 series will start in Costa Rica over three days, March 13-15, with the Greece races following May 8-10. The series moves to Japan June 6-7, then over to Italy and the Dolomites race June 19-21. Italy Franciacorta takes place September 18-20, followed by a double weekend October 2-4, when both the Spanish and Austrian events take place.

Race organisers say the 300km routes will be more suited for bike packers looking for overnight adventures, the 150km events are geared more at those who love speed and performance. The 75km routes will be an option for those who are new to the discipline or are coming back from some time off the bike, according to race organisers.

Bike maker 3T will return as the series' main sponsor.