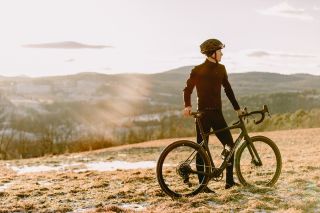 Ian Boswell, 28, has announced his retirement from professional cycling with the American set to turn his attention to gravel racing, podcasting and a position at Wahoo.

The former Team Sky and Katusha Alpecin rider crashed heavily during the 2019 edition of Tirreno-Adriatico and suffered the sixth concussion of his career with the longstanding symptoms causing him to give serious consideration to a new career challenge, and despite an offer to race with Rally Cycling in 2020, Boswell has decided to take the next step and move onto a new challenge.

“It’s definitely a change of pace but it’s something that I’m looking forward to. It took me a while to come to the decision but I’m happy with it. I more or less have a race programme in North America and I’ll also be an ambassador for Wahoo and a liaison for them with the WorldTour teams,” Boswell told Cyclingnews.

“Obviously the crash that I had last March allowed me the time to come to this decision. Without that crash, I’d probably still be racing on the road but that time away from the sport gave me the chance to see a different path. It’s pretty amazing how quickly you can feel distance from the sport because it moves so quickly. During that time of not racing I was really stressed, to a degree, about what do to do moving forward because road racing was my income. That’s all I’ve really known and the only job I’ve had in my life has been racing my bike.”

After his crash last March, Boswell returned to the US to concentrate on his recovery. His initial hope was to return to racing as soon as his body healed but as the months went by it became increasingly likely that he would miss the rest of the season. Despite his time away, and his contract at Katusha expiring, he still had interest from several teams who were willing to give him another shot.

Israel Start-up Nation – the replacement for Katusha within the WorldTour – were one possible avenue for return, while the highly regarded Rally squad from North America went one further and offered Boswell a contract for 2020. However, after a month of soul searching, Boswell concluded that his life and career were heading in another direction.

“Israel were also pretty interested and Dan Martin was going there and trying to bring on more climbers, so that was a potential as well. Once I had an offer on the table from Rally, though, I had the choice of either going back to racing or not. I knew what getting to that level takes and I just wasn’t willing to go back and live that lifestyle. You make a lot of sacrifices to live that lifestyle and they became harder to make. Having that time away allowed me to see things through a different lens.”

“After the crash I thought that I could come back and race the Vuelta and even up until August I was thinking that I could race the Canadian WorldTour races but the symptoms I had just kept lingering, especially as I was adding more training. It wasn’t until the end of September and I went down the university of North Carolina and I saw some more specialists that I really started to see relief from my symptoms.

“There are still some things that linger, like vision issues at night and if I was racing now and I went through a tunnel and it went from dark to light I couldn’t do that. My eyes still don’t transition quickly with light and it scares the hell out of me with the things that I’ve done in my career and the fact that I’ve lost that ability. Things have changed since the crash.”

In November, Boswell returned to his base in Nice, France. He packed up his belongings and said his goodbyes but not before he rode out for one or two last rides with compatriots Will Barta and Larry Warbasse. The Tour de France – the race which Boswell raced once in 2018 and calls his career highlight – started in Nice this year and the American might well be back this July but in a new capacity with Wahoo.

Until then he will begin a new chapter of his life as a gravel racer, following in the footsteps of Peter Stetina as the discipline gains further traction with those stateside.

“Since I made the decision I’ve felt like a lot of pressure has lifted. I put a lot of pressure on myself but I really enjoyed my time and I feel incredibly fortunate to have been able to achieve a lot in sport. Although I never won any big races I can still look back at my career with a lot of positive memories.”

Boswell may have changed paths but there’s still plenty of time for him to create a whole new set of positive memories.