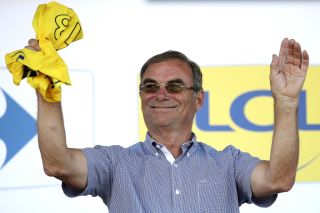 Bernard Hinault has said that the Tour de France should be cancelled if doing so will help to curb the spread of the Covid-19 coronavirus. In an interview with Le Parisien, the five-time Tour winner stressed that the postponement and cancellation of bike races should be considered in the wider context of a global pandemic.

"Sport is fabulous. The Tour de France is a fantastic party, but life is more important. We're talking about the risk of death," Hinault said. "We don't care, frankly, about cycling in a case like this."

Asked about Tour followers, who would miss watching the race on the roadside and their television screens in July, Hinault said: "A lover of the Tour wants above all to see people in good health. If the Tour needs to be cancelled, let's not hesitate. We're up against a bloody illness, it's much more serious!"

At Paris-Nice last week, Tour director Christian Prudhomme downplayed the prospect of cancelling the Tour due to the coronavirus pandemic, saying "only two world wars have stopped the Tour de France."

Earlier this week, French president Emmanuel Macron stated that France was "at war" with the pandemic as he announced measures to contain the spread of Covid-19 in the country, words echoed by Hinault to Le Parisien.

"It's a war against a virus, that also counts," Hinault said. "Frankly, we cannot afford to say: 'We must maintain the Tour at all costs.' It's not up to me to decide and there is still time, but we have to ask ourselves if it is reasonable to let people line the roads if there are still risks. The Tour is tens of thousands of spectators every day."

Hinault worked as an ambassador for Tour organiser ASO following his retirement as a rider, and he is fully aware of the vast logistical and policing operation involved in moving the race around France for three weeks. The 2020 Tour is due to begin in Nice on June 27 and Hinault believes that a decision about whether to hold it or not would have to be taken by the beginning of June.

"Early June would be the maximum," he said. "The Tour is a huge machine: police and hotels are needed. Frankly, you should not hesitate."

Hinault is currently in isolation on his farm in Brittany – "chopping wood with no one to disturb me and it's very good" – and while he accepted that riders will struggle to train due to the restrictions on movement in the coming weeks, he called on them to adapt to the situation by using turbo trainers.

"Before, you pedalled like an idiot listening to music. Now, there is technology that tells you your power and even gives you images of the col you're supposedly climbing," he said.

The UCI has formally suspended all racing until the end of April and it seems unlikely that WorldTour competition will resume before June at the very earliest. If the Tour does eventually go ahead, Hinault did not think riders would be unduly penalised by a lack of racing in the build-up. "We'll just have a Tour where they ride more slowly, that's all," he said.