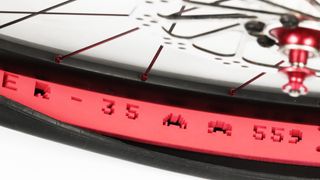 Although gravel bike-specific tyres are improving, they will always be limited in their pinch flat resistance by size.

With a much smaller casing than even the narrowest mountain bike tyre, gravel bike rubber is more susceptible to rim-induced puncture damage if you speed over a root or rock. And on an adventurous gravel bike ride, you’ll certainly encounter some technical terrain.

A technology proven in extreme downhill mountain bike racing; rim inserts prevent pinch flats, when the tyre is severely compressed against the rim by a trail feature.

The benefits of disc brakes on your road bike

Specifically engineered to run on narrow cyclo-cross and gravel bike rims, in the 18-25mm width profile, the Tyreinvader 35 inserts use a cell foam liner construction.

To ensure they work with sealant and tubeless tyres, the Italian brand’s Tyreinvader 35 has special cut-outs and is non-absorptive. It does not require a change in your wheelset's valving either.

Effetto Mariposa says that its Tyreinvader 35 will work with rubber in the cross-section range of 32-42mm and only add 48g of weight to a wheel.

As gravel bike riders attempt more adventurous routes, the risk of rim strikes and pinch flats increase. Tyres are not going to get bigger, as there is an inherent rolling resistance benefit and clearance issue, which is specific to the appeal and function of a gravel bike.

With inserts, you can be guarded against that dreadful feeling of a deflated tyre, moments after rolling over that unexpected root at speed. The Tyreinvader 35 is set to retail for €50.